Advertisement
No older person deserves to be subjected to any form of abuse. With an ageing population, elder abuse is an issue Australia needs to take seriously.

Seniors in Queensland and New South Wales have welcomed moves by their state governments giving them greater financial safeguards to prevent financial elder abuse. This comes amid calls from seniors advocacy groups for a national elder abuse prevention strategy.

What types of elder abuse are there?

Elder abuse takes many forms and may be evident as physical, psychological or emotional, sexual or financial abuse, caused by a relationship where the older person has an expectation of trust (World Health Organisation).

It can be the result of intentional neglect or unintentional, ignorant neglect, and it can also be caused by deliberate intent or predatory action. One of the worst features of elder abuse is that it is most often done by family members against their elders.

Financial elder abuse relates specifically to situations where someone that an older person trusts uses that trust in order to manipulate the older person into using their money in a way that advantages the perpetrator. Examples include adult children forcing their parents to sell the family home and move into an aged care facility so that the children can benefit from the proceeds of sale, or pressuring their parents to make them the sole recipient of a will.

A report released in February 2016 by the Australian Institute of Family Studies (AIFS) has confirmed financial abuse is the most common form of elder abuse at 1-9% of the over-55 population. Queensland’s Elder Abuse Prevention Unit estimates that 65% of reported elder abuse cases include financial abuse and exploitation as a secondary form of ill treatment.

Psychological abuse is the next most common at 1-6% of the senior population, and it often accompanies financial abuse.

Is financial elder abuse a big problem in Australia?

According to the World Health Organisation, Australia has spent a lot of time and money developing effective responses and prevention measures for family violence and child abuse, but the same effort has not yet been put towards preventing elder abuse.

The 2016 AIFS report is a vital data collection for creating response and prevention measures, providing a birds-eye view of how common elder abuse is in Australia, and how it is expected to rise along with our ageing population.

The AIFS report shows that 2-10% of older Australians experience elder abuse in any given year, and the prevalence of neglect is possibly higher. This compares to an international level estimated by the WHO (2015) of elder abuse in high- or middle-income countries at a rate of 2-14%.

CEO of COTA Australia, Ian Yates, says the ALRC inquiry will be a “good first step” but more was needed to protect older Australians. Yates says, “A multi-pronged and coordinated approach needs to be prioritised by all levels of government, caregivers and communities.”

COTA and National Seniors Australia have both called for a national, coordinated elder abuse strategy to be a major focus in the 2016 Federal Budget.

There are also other places that older Australians can go to find out how to protect themselves from elder abuse:

The financial industry also knows it has a responsibility to help prevent financial elder abuse. For example, the Australian Bankers’ Association has worked with COTA and Capacity Australia to develop practical guidelines and training tools for staff working in financial institutions.

What the Federal Government is doing about elder abuse

The government has carefully considered recommendations from key advocacy bodies such as COTA and National Seniors Australia, and has committed to do the following:

Alzheimer’s Australia has welcomed this announcement. National President Professor Graeme Samuel says people with dementia are at a significantly higher risk of being taken advantage of.

“We need to ensure that older people, especially those with cognitive impairment, are protected against all forms of elder abuse, whether they are in aged care facilities or in the community,” said Professor Samuel.

Alzheimer’s Australia’s report Preventing Financial Abuse of People With Dementia highlights that financial abuse happens all too often for people living with dementia, mostly by family or the people appointed to manage their finances. More than 353,800 people have dementia in Australia. The report outlines strategies to protect a person with dementia from financial abuse and who to contact if you or a loved one have been a victim of financial abuse.

What State Governments are doing about elder abuse

The Queensland government will be making changes to protect our oldest residents, following the release of the report, Parliamentary Inquiry into the adequacy of existing financial protections for Queensland seniors. This was the first major national inquiry by the Australian Law Reform Commission (ALRC) into the laws and framework for preventing elder abuse.

Minister for Seniors and Disability Services Coralee O’Rourke said the government was responding to 41 of the 43 recommendations in the Inquiry’s report. The two recommendations not addressed related to federal government responsibilities and to protections that already exist under Queensland law.

“Sadly, older people can be vulnerable to financial abuse, with 1,377 reported cases of elder abuse in Queensland last year – and many of these coming from a family member,” said Minister O’Rourke.

National Seniors Australia has praised Queensland’s new protections. CEO Michael O’Neill said, ” At a national conference on elder abuse, we heard of a number of cases of vulnerable older victims losing between $500 and $500,000 each, often to relatives.

“The Queensland Government’s commitment to protecting the rights of some of the state’s most vulnerable citizens will help towards giving them happier and more independent lives without the worry of financial rip-offs.”

Meanwhile, in New South Wales the Minister for Ageing John Ajaka has announced an additional $60,000 of state funding for the NSW Elder Abuse Helpline and Resource Unit. This funding will go towards the “train the trainer” program for frontline workers such as nurses, as well as towards research into the prevalence of elder abuse in NSW.

In its first three years, the free Elder Abuse Helpline has already received more than 4,000 calls. It receives over 100 calls per month, most of which relate to suspected financial or psychological abuse and neglect.

Minister Ajaka said, “The NSW Government is determined to help put a stop to elder abuse, and will continue to strongly support the NSW Elder Abuse Helpline and Resource Unit. It takes a real low-life to prey on their own vulnerable mum or dad. The abuse of older people is utterly intolerable.”

Minister Ajaka said the NSW Government would support a national study into the prevalence of elder abuse in Australia with a contribution of $50,000.

What you can do to prevent elder abuse

The Attorney-General says a key part of creating a national elder abuse strategy will be cultural change:

“That same kind of cultural change … needs to develop in relation to the problem of the abuse of older Australians.

“Much of society’s work in this area will happen at a grassroots level, undertaken by local health, legal and social work organisations, by police working to protect our communities, and within families.

“But all levels of government can, and should, work to draw attention to the issue and to encourage a change of attitude.”

Cultural change at the “grassroots” level is something every single Australian can get involved in. Anyone can use their social media account to raise awareness about the need for better protection for our older Australians. Anyone can ask their parents or grandparents whether they are happy with the care they are receiving or whether they have any concerns.

How Canstar can help

Canstar encourages every senior to get actively involved in their own finances. Our website also provides a wealth of general information about financial products and how they work. More importantly, you can use our website to compare features and pricing for a wide range of providers of financial products, such as your bank accounts, superannuation fund, and even your home, life, and funeral insurance.

The Three Stages of Retirement Preparation 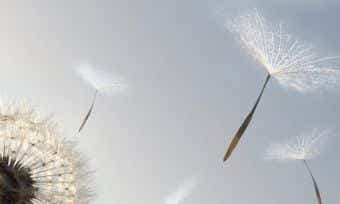 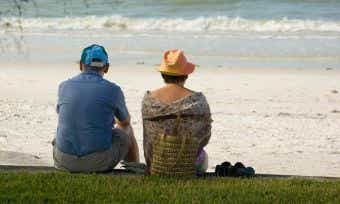 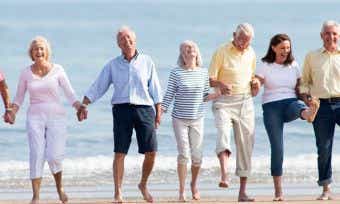