The majority of us will first be introduced to superannuation when we get our first new job and the only thing we will most likely remember is filling in the form that is provided by the new boss. But if you want to be a little more proactive, there are a few things you can consider – particularly when it comes to super fund fees.

When choosing a super fund remember that super fund fees will eat away at your savings so it pays to be aware of what superannuation fees and charges you are likely to be hit up for.

Sometimes known as a “management fee”, superannuation fees are charged by super funds to cover the cost of the administration involved in the daily running of your account. Based on the products researched by Canstar in 2016, the average superannuation administration fee on an account balance of $80,000 is roughly $200 per annum.

This may be a tiered fee structure where, based on your superannuation account balance you will be charged a certain percentage of the balance. This means that as your account balance grows, the dollar amount you pay as a fee may also increase.

This is the fee charged to cover the costs of managing your investment, which can vary based on your choice of investment. It is usually charged as a percentage of your super balance and may include performance fees (if the fund manager exceeds his or her target).

A fee may be charged to you for personal advice provided about your super and other investments by an adviser.

This fee may be charged when you make a contribution to your superannuation account, with this fee payable to your financial adviser for his/her recommendations. Usually this fee is negotiable with your adviser and it varies from zero to 5%. This means that for every $100 paid into your account, the account may be credited with only $95.

The cost of insurance provided through your super fund is taken out of your balance automatically. Most super funds will set a default insurance option, but you can usually choose to change the level of cover based on your needs.

Your super fund may charge fees to pay for the use of external providers which affect the value of your investment, such as paying for the cost of using an investment manager.

Apart from the fees mentioned above, other fees that may be charged by some funds include an establishment fee, termination or exit fee and transaction fees such as the switching or withdrawal of investments from your super fund.

The basic rule that all super investors should work with is simple – the lower the fees, the higher the amount available for investment which, in turn (all else being equal) increases your super balance at retirement.

A high fee, however, does not guarantee a product with all the bells and whistles, and it’s also not necessarily true the other way. Choosing a super fund that’s right for your future needs is the key.

While our most recent research found that most providers are offering competitive fees and premiums, some superannuation funds do charge quite a bit more than others.

What does super cost?

We’ve collated the data on the minimum, maximum and average fees across the 67 superannuation products included in our 2016 Star Ratings.

How much do the specific types of super fees cost?

Each specific type of superannuation fee that we’ve outlined below will cost a different amount depending on your account balance.  Based on the profiles assessed by Canstar for its 2016 star ratings, we have calculated the following minimum, maximum and average fee breakdown across the different profiles assessed.

What will those superannuation fees mean for you?

Fees make an impact over the course of your working life, which you can see even before you retire.

As an example, we took a look at how the super balance of a 25-year-old might change if they paid fees of 0.75% or 1.50% a year. We calculated their balance based on an annual income of $45,000 and $70,000, assuming this increases by 4% a year. We based the calculations on 10% of salary being contributed into their super until they reach the age of 65, with a net investment return of 8% a year. 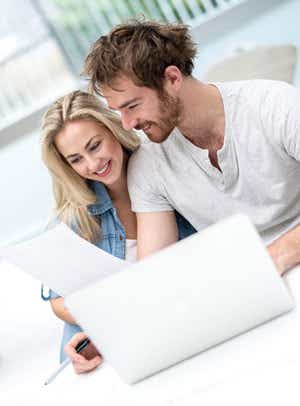 Peter and Jane are average 25-year-olds in jobs that pay $50,000 annually. Both believe they will retire at 67 and have chosen a balanced investment option with their fund. For the purpose of this example, our superannuation calculator says the annual return on Peter and Jane’s super funds is consistently 9% before fees and tax.

Peter invests in ABC super fund, which charges a membership fee of $52 per annum and has a management expense ratio (MER) of 0.75%. Peter’s super balance at the time of retirement, based on our calculations, would be approximately $416,000 in today’s dollar terms.

Jane invests in XYZ super fund, which charges the same membership fee of $52 per annum but has a MER of 1.75%. This means her super balance at the time of retirement is approximately $333,000 in today’s dollar terms, based on the above assumptions

That’s $83,000 Jane potentially misses out on down the track simply because her fund charges a higher fee.

Here’s another example; we took a look at how the super balance of a 25-year-old might change if they paid fees of 0.75% or 1.50% a year. We calculated their balance based on an annual income of $45,000 and $70,000, assuming this increases by 4% a year. We based the calculations on 10% of salary being contributed into their super until they reach the age of 65, with an investment return of 8% a year.

Choosing a super fund that’s right for you really does matter in the long run, and it may be worth considering professional superannuation advice beforehand.

PREVIOUS
How To Find Lost Superannuation
NEXT
What types of super funds are there? What's the difference?
Similar Topics: