Advertisement
Transferring UK pension money to your Australian super fund can be tricky, especially in the wake of several legislation changes in both countries. Here’s our guide on how to do it.

If you lived and worked in the UK for any period of time, you will likely have accrued savings in a UK pension. And if you’ve moved to Australia – either for the first time or as a returning resident – you may (understandably) not want to see that money go to waste. You may be able to have that money transferred to your super fund, but it’s not the most straightforward process.

Am I eligible to transfer my UK pension to my super?

According to the Australian Taxation Office (ATO), you’ll generally need to take into account both the Australian and UK rules for any transfer. The ATO suggests there are three key criteria for moving your UK pension funds into your superannuation account while minimising fees and tax:

It’s important to note that, according to the ATO, if you’re 65 years of age or older, you’re not able to make use of the bring-forward rule even if you do meet the work test. This means you can choose to either only transfer the yearly non-concessional limit of $100,000, or attract a 47% tax rate on the portion of the transferred amount which exceeds $100,000.

You may also want to consider that, as outlined on the UK Government website, ‘accessing benefits (directly or indirectly) before the age of 55 will result in a liability to UK tax charges in all but the most exceptional circumstances’.

If you choose to leave your pension in the UK, in the time remaining until you turn 55 it may be prudent to actively manage your UK pension, including making sure you’re not paying too much in fees.

Can my super fund receive a UK pension transfer?

Changes to the UK pension laws made in 2015 rendered a significant number of Australian super funds unable to receive UK pension amounts. This was because UK pension laws now require that a super fund unconditionally guarantee an absolute minimum access age of 55, with limited exceptions, such as in certain cases of ill health. Australian funds which didn’t provide this guarantee were barred from accepting UK pension transfers.

As detailed by the ATO, many Australian funds, including some of the biggest retail and industry funds, also allow members to have early access on other grounds, such as financial hardship, in line with local superannuation laws. As a result, many of these funds are no longer eligible to receive UK pension transfers.

In order to be able to accept a UK pension transfer, the super fund in question needs to be registered in the UK as a Qualifying Recognised Overseas Pension Scheme (QROPS) – the registration of QROPS is managed by the UK pension regulator, Her Majesty’s Revenue and Customs (HMRC). If you’re looking to transfer your UK pension to your super fund, you should check with your fund to find out if it’s registered as a QROPS or not.

My fund isn’t a QROPS – what are my options?

If your fund is not permitted to receive UK pensions, ATO information suggests you have three main options:

Let’s look at these three options in more detail.

Because the rules of an SMSF are set by the trustee(s) – who are also members of the fund – they are relatively flexible, although they must still comply with Australian superannuation and tax laws. It can be a simple matter to set an SMSF up for yourself and have it registered as a QROPS to transfer your UK pension to.

However, unless the amount of money you’re looking to transfer is significant, setting up an SMSF purely for the purposes of transferring your pension across may not be cost-effective. The administrative costs of setting an SMSF up, combined with any specialist advisory services you may require, can stack up quickly.

If you decide that setting up an SMSF will be a cost-effective way of recouping your UK pension, you will need to:

Once you’ve received your pension funds, you can either carry on using the SMSF, or roll your pension money into your regular super fund and shut down the SMSF in order to avoid dealing with its ongoing administrative requirements.

Signing up with the Australian Expatriate Superannuation Fund (AESF)

The AESF is a fund tailor-made for those looking to have their UK pension transferred to Australia – it had more than 100 members as of December 2017, and will manage the entire pension transferal process for you. However, it does charge fees which are not insignificant, including initial set-up fees, transfer fees, and investment management/administration fees. Check the AESF’s PDS for exact figures.

Once you reach 55 (Britain’s current preservation age), you can simply have the money paid out into an Australian or British bank account. However, both options might have tax implications:

Will my transfer be taxed in Australia?

The ATO advises that you may have to pay tax as a result of transferring your UK pension if any portion of the transferred amount was accrued after you became an Australian resident.

The ATO advises that if you receive your pension payout within six months of becoming an Australian resident, the entire payment should be tax-free if all of the following apply:

I stopped being employed overseas less than six months ago

The ATO also notes that your transfer should be tax-free if it is made within six months of your employment in the UK terminating.

You will need to add some or all of the payment to your assessable income for the financial year it was paid to you, and the assessable portion of the payment should be treated as normal income for taxation purposes according to the ATO. However, if you instead choose to transfer the whole of your UK pension fund directly to a complying Australian super fund, the ATO advises that it will be taxed as assessable income of the superannuation fund rather than as your personal income. The ATO notes that if you choose to have your sum assessed as part of your complying super fund’s assessable income, it will generally be taxed at 15%, which may be less than your marginal tax rate, depending on your income.

If you’re now earning money in Australia, you may want to compare super funds to help ensure you’re with a great-value provider suited to your needs.

How to transfer between Australian Super and KiwiSaver 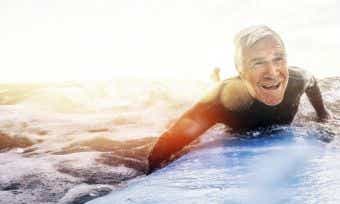 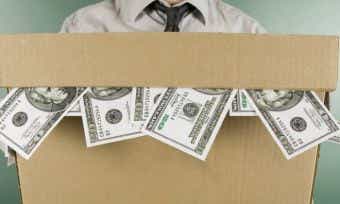