Advertisement
The government has announced it will increase funding to ASIC and will review its functionality and strategic oversight.

As a result of a recently-concluded review into the capability of the Australian Securities and Investments Commission (ASIC) the federal government has announced increased funding for ASIC as well as a review of its operation.

The Government will invest $61.1 million to enhance ASIC’s data analytics and surveillance capabilities as well as modernise ASIC’s data management systems. An additional $9.2 million will also be made available to ASIC and Treasury to ensure they can implement appropriate law and regulatory reform.

The Government is also providing ASIC with $57 million to enable increased surveillance and enforcement on an ongoing basis in the areas of financial advice, responsible lending, life insurance and breach reporting. These additional funds will be provided on a user pays system – that is, the financial institutions themselves will need to fund it.

On the ABC’s 7.30 report on the night after the announcement, federal Treasurer, Scott Morrison, said that the government was taking the immediate action necessary to ensure that there is stronger powers and more resources given to ASIC.

“We think the banks should pay an extra $121 million now to boost the powers and capabilities of ASIC to ensure that consumers are better protected, and ensure that the greater integrity of our banking and financial system on which so many jobs depend,” he said.

Here is a summary of industry response to the announcement:

ASIC itself welcomed the additional funding that was announced.

‘This will enable further surveillance and enforcement in areas such as financial planning, responsible lending, life insurance, and misconduct and breach reporting. It will also allow us to build our technological capacity to identify and assess risks and market misconduct,’ said ASIC Chairman Greg Medcraft.

ASIC also welcomed the Government’s support for the introduction of an Industry Funding Model.

‘ASIC has long believed that those who generate the need for regulation should pay for it,’ Mr Medcraft said.

The Australian Bankers’ Association also supported the expanded powers and increased resources for the Australian Securities and Investments Commission.

“We support the introduction of a new industry funding model for ASIC. It’s important that contributions are transparent and that the amount of fees levied matches the level of regulation and resources required for ASIC.

“Aligning the new funding model with the expanded role of ASIC will also be important to ensure regulation is effective, efficient and necessary,” he said.

The ABA also offered conditional support for the product intervention power for ASIC to bolster consumer protections, but noted that there was the potential for unintended consequences such as reducing product innovation.

“Australia’s banks will continue to ensure customers are treated fairly and receive the best possible outcomes. Expanding ASIC’s role is complementary to this,” Mr Münchenberg said.

The Customer Owned Banking Association (COBA) welcomed the additional funding but said that the levy should be paid for by those who are responsible for the scandals that have prompted the review.

“The major banks that have caused the problems for consumers should be paying ASIC?s bill,” COBA CEO Mark Degotardi said.

“We will always support measures that require regulators to give greater priority to promoting competition and consumer choice.

“But the customer owned model isn’t part of the problem – it’s actually part of the solution for consumers with an appetite for trusted banking services.

“So we shouldn’t have to pay for fixing problems we haven’t caused.”

The Insurance Council of Australia (ICA)

The Insurance Council of Australia (ICA) was also keen for the levy to be funded proportionally by those causing problems, noting that the general insurance sector poses lower systemic risks relative to other sectors, and stating that this should be reflected in the volume of any levy for general insurers. The ICA stated that it looks forward to the opportunity to consult with the government as it seeks to design and refine the funding model..

Alex Malley, chief executive of CPA Australia, welcomed the government’s announcement, noting that all Australians expect and are entitled to well-functioning, efficient capital markets that operate with integrity.

“We have been strident critics of ASIC in the past and have been leading the call for change.  To ASIC’s credit they have become a more agile and consultative organisation over recent years and today’s announcements will empower them to continue that process.

“We’re looking for a corporate regulator that is resourced to do its job and build broad public confidence that the market is being appropriately regulated,” said Mr Malley.

“It’s not lost on anyone that it has never been easier to participate in financial markets.  The announcement of improved resources for data analytics is welcome and recognises the rapid pace of technological change.  These additional ‘tech’ capabilities will contribute to enhanced investor confidence.”

The Australian Institute of Superannuation Trustees (AIST) welcomed the announcement, but called for greater accountability and transparency from the regulator.

“It’s been abundantly clear for some time that additional funding is needed for ASIC to be a strong and effective regulator and, importantly, meet community expectations in regards to protecting consumers and dealing with the problems of misconduct in the financial sector,” said AIST CEO Tom Garcia.

However Mr Garcia said that additional funding risked being ineffective without commensurate increases in the level of transparency and accountability around ASIC’s activities.

“We agree with the findings of the Financial System Inquiry, that ASIC’s costs are not transparent to participants in the financial services sector,” Mr Garcia said.

“However we must ensure the funding of ASIC is not built up as a solution to all problems facing the financial sector – there are still systemic problems that have to be dealt with that are outside the regulator’s brief.”

The Consumer Action Law Centre welcomed the announcement of new funding and powers to protect consumers of financial services.

“ASIC needs additional funding to make the most of new powers and should have a clear process to increase the bank levy as needed to protect consumers and build more confidence in our financial services sector,” said Consumer Action Law Centre CEO Gerard Brody.

In addition to regulator funding, ASIC needs the powers and laws to ensure financial products are safe.

“We welcome accelerated implementation of the pro-consumer reforms proposed by the Financial System Inquiry. Too often, unsafe financial products have cost Australians and left them not only out-of-pocket, but at risk of ongoing financial distress,” said Mr. Brody.

Council of the Ageing (COTA)

COTA called the increase in powers and funding for the financial regulator a welcome step, providing some security to millions of older people who are too often the victims of poor conduct in the banking and finance sectors.

“Too many lives  have been destroyed by exploitative practices in the finance and banking sectors,” said COTA CEO, Ian Yates.

“We have seen scandal after scandal where banks and other financial institutions put the needs of the consumer far below their drive for profitability,” he said.

“It’s absolutely critical that we have a strong and well-resourced regulator to provide a high level of protection to every consumer.”

The Association of Superannuation Funds of Australia (ASFA)

The Association of Superannuation Funds of Australia (ASFA) stated that it was pleased by the government’s decision to strengthen ASIC.

“ASFA has long recognised the importance of ASIC, and today’s release of the ASIC Capability Review and the government’s response, is an important step forward,” said Ms Pauline Vamos, CEO, ASFA.

“In particular, ASFA is pleased that there is greater funding for the Superannuation Complaints Tribunal (SCT) to clear the current backlog of cases.

“Most complaints are able to be resolved by fund members dealing directly with their superannuation fund. However, where members need to take the next step and seek a resolution through the SCT, it is important that these issues are resolved quickly as some complainants are in a difficult financial position.”

ASFA also announced its support for adequate and appropriate funding for ASIC, and considers that all regulated industries should contribute to that funding via levies.

The BCA called the government’s announcement a sensible and measured approach to enhancing financial services regulation.

“The measures are underpinned by the detailed findings of the ASIC Capability Review and the Financial Services Inquiry (FSI), and allow regulators to get on with their job now rather than the costly and unwarranted distraction of a Royal Commission,” said Business Council Chief Executive Jennifer Westacott.

“We support the concept of a user pays funding model for ASIC on efficiency grounds, but this must be accompanied by increased accountability and transparency for the regulator. This will ensure that fees levied are funding an efficient and effective regulatory regime.

“Increased powers and enforcement in areas such as product intervention will need to be carefully implemented to ensure that they do not result in unintended consequences such as increasing business costs, impeding innovation or reducing consumer choice.”

The Australian Financial Markets Association (AFMA) announced that ASIC should be properly funded to meet its responsibilities and that participants in the financial services sector should be prepared to provide a proportionate amount of ASIC’s funding through cost recovery.

It noted that a properly resourced securities and investments regulator with well-directed strategic priorities is important to the efficiency and fairness of the financial system for all users.

So did anyone NOT welcome the announcement?

Whilst in the minority, not everyone was unstinting in their praise. 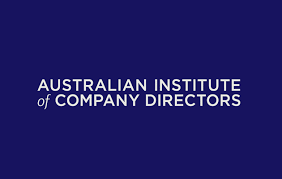 John Brogden, Managing Director & Chief Executive Officer of the Australian Institute of Company Directors, called the government’s actions a “missed opportunity”, stating that the failure of the Federal Government and Australian Securities and Investments Commission (ASIC) to strengthen the governance of the regulator with a board will act to the detriment of all its stakeholders.

“ASIC is set to receive significant new powers and the failure to apply any independent oversight to its activities is a significant weakness in today’s announcement,” said John Brogden, Managing Director & Chief Executive Officer of the Australian Institute of Company Directors.

“Directors fully support measures to provide extra funding to ASIC and the principle of extra powers as a well-resourced regulator is necessary for efficient markets and a stable economy.

“However, the extra funding and potential new powers come with additional responsibility. We believe that an external board of independent members is necessary to ensure ASIC functions according to the highest possible standards,” Mr Brogden said.

The ACTU announced that it was disappointed that the government missed the opportunity to do “something meaningful” on banking oversight.

“It’s disappointing, but unsurprising that the Government is still not taking real action to clean up the financial services industry and instead choosing to side with big business rather than the rest of us,” said ACTU President Ged Kearney.

“There’s massive public support for a Royal Commission into the banks and it’s starting to look like the Government are the only ones not getting the message.”

Where do the highest earners live?

5 common mistakes made by SMSF trustees