Advertisement
If you’re looking for some inspiration on starting your own journey to financial independence or retirement or just want to hear what some experts in the field have to say, then take a look at these five blogs.

You might have seen or heard a lot of noise in the media lately about the FIRE – Financial Independence, Retire Early movement. It’s an approach spruiked largely by millennials that’s all about living frugally and having enough income-earning assets that you can retire comfortably from the workforce whenever you want, be it in your 30s, 40s or 50s. We’ve written in more detail about FIRE here.

Financial independence and early retirement are subjects that have really taken off in the past couple of years, and there is no shortage of information out there for those of you who are interested in ditching the nine-to-five. We’ve combed through a multitude of bloggers and podcasters from both here and abroad on the topic and here are the ones that caught our eye:

Other interesting sources of knowledge for early retirement enthusiasts are the US and Australian Reddit boards on financial independence, which have thousands of subscribers who comment and share their stories daily.

As Australians, one of the main ways to provide for your retirement is your superannuation. The table below displays a snapshot of 5-Star super funds rated by Canstar, sorted by provider name (a-z). The Star Ratings are based on a super balance between $100,000 and $250,000 for a 30-39 year old.

You can’t not include the father of FI/RE blogging, Mr Money Mustache, the pseudonym for 44-year old Canadian Peter Adeney. Featured in high-profile outlets like the New Yorker and CBS News, Mr Moustache describes the typical middle-class lifestyle as “an exploding volcano of wastefulness”, and is a firm believer in cutting down on needless purchases to benefit your future.

Although this is a Canadian-American blog, many of the lessons told by Mr Moustache can apply to us here. There is also a forum on his blog where readers can share their own stories and discuss the blog posts.

Also mentioned in our earlier article, Pat Seyrak, aka Pat the Shuffler, is a 30-year old engineer living in Sydney. Mr Seyrak rose to prominence earlier this year after being featured in an ABC article on early retirement, and posts monthly articles on his blog about his goal of retiring at 35.

The Lifelong Shuffle is a good read as Pat is very open about his financial journey. For example, he has a progress tracker where he plugs his net worth into a spreadsheet and compares it to his expected net worth, all the while forecasting how close he is to his intended retirement goal. His blog posts themselves cover a range of topics from investment strategies to physical and mental wellbeing, and in this author’s opinion he is excellent at breaking down some of the more complicated subjects for his readers.

Meet the Aussie who's causing a stir by skipping home ownership and retiring at 35 – https://t.co/bBWp9KyCOu pic.twitter.com/O26ufTjSSA

Unlike the two above, Aussie Firebug is a blogger who chooses to remain anonymous in detailing his indifference to the daily grind and his goal of retiring a few decades before everyone else. But like the other two, he is an excellent, informative writer who doesn’t shy away from expressing an opinion or two.

When writing about his working life, Mr Firebug said:

– “I don’t actually mind my job – I actually quite enjoy it. But I HATE having to be there for 38 hours each week. It’s not the work, it’s the time I feel I am forced to give up. My precious time that I can never get back.”

Want to know how much we earned last F/Y? New post also includes a detailed breakdown of where we spent every single dollar and our savings rate 🤑https://t.co/GlOq1J6u25

Optimal Living Daily technically isn’t a FIRE blog – it is an American minimalist podcast that rounds up and discusses blog content from around the web on topics such as health, well-being and finances. It was created by Justin Malik and Lee Rankinen, self-labelled entrepreneurs who left their full-time jobs to create the Optimal Living podcast.

Each episode is short at around 10 minutes in length, and there are five different podcasts you can subscribe to:

While it isn’t exclusively built around financial independence, Optimal Living Daily has discussed the topic before and touches upon many subjects that can be applied by people who are looking to better themselves and be in the best position they can to retire early.

Perhaps the simplest blog to digest in this list, the FI Explorer is a 40-something Australian guy interested in sharing what he learns on his quest to retire on $2,041,000 by 31 July 2023. The FI Explorer doesn’t post too often; most of his articles are monthly portfolio updates where he details his progress. He is quite open about what he allocates his investments to, such as shares, property, bonds and cash.

Ultimately, the decision to become more frugal in order to retire early is one only you can make. No matter what your goal is, you can read about all things investment at Investor Hub, and can also compare super and investment products with Canstar. 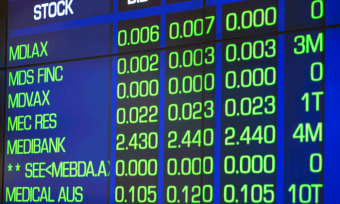