Advertisement
Sharemarkets have taken a big hit recently. The good news is that your super savings may have been spared the worst of the falls but, even so, how long will it take for your balance to bounce back?

The volatility seen in sharemarkets globally is almost certain to have impacted your retirement savings. That’s because the vast majority of Australians have their super in a “balanced” option, where up to 80% of your fund can be invested in growth assets such as shares.

This focus on shares reflects their potential to deliver strong long term gains. As a guide, in the 10 years to the end of 2019, when coronavirus was only just rating a mention in the media, Aussie shares notched up average annual returns of 7.86%.

The picture changed radically on 20 February 2020, when sharemarkets began to tank. In March alone, 20% was wiped off the value of Australian shares. The news has been better since, with the local sharemarket notching up gains of 8.10% in the first fortnight of April.

Even so, it’s likely your super has dropped in value. But the outcome may not be as bad as you think. In a balanced option, your super is spread across other investments including “defensive” assets such as bonds and infrastructure. This helps to cushion the blow of sharemarket falls.

As a guide, industry fund First State Super posted a loss of 6.91% in March for its balanced super option. QSuper’s balanced option dropped 8.56% for the month. It still means members’ super accounts went backwards, but not by the 20% dip seen in Australian shares.

→ Expert advice: Smart things to do with your money during the COVID-19 outbreak

How long before my super bounces back?

No one can predict the future, particularly given the unprecedented nature of the COVID-19 crisis. But if the past is anything to go by, your super could make a comeback quicker than you may think.

If we look back at the Black Tuesday crash of mid-October 1987, Australian shares plunged 23% in a single day. Yet the market recovered its value in a little over four years.

However, compulsory super wasn’t around in 1987. The Superannuation Guarantee didn’t kick in until 1991, and the intervening 29 years have coincided with Australia’s mostly unbroken run of economic growth.

The only major market shake-out came with the Global Financial Crisis (GFC), which saw share values topple 50% between October 2007 and February 2009. Despite the scale of the falls, the market recovered its value in a little over four years by July 2013.

Analysis by Industry Super Australia (ISA) showed that a median balanced industry fund worth $100,000 in September 2007 (just before the GFC struck), would have dropped to $78,563 by February 2009 – a top to bottom fall of more than 20%. Not a great result – but a far lower fall than the overall sharemarket.

In terms of recovery, ISA found the same balanced industry fund would have returned to a $100,000 balance by March 2012 – almost exactly three years after the market low. Sharemarkets continued to experience a few jitters following this, but by September 2012, around 3.5 years after the market hit rock bottom, the average balanced industry fund had consistently passed its pre-GFC peak. For the record, these figures assume no additional contributions – only the impact of investment returns.

The key takeout is that because your super is spread across a variety of assets, it is less likely to have experienced the full brunt of recent stock market falls. The diversified asset base also means super funds could bounce back sooner, potentially recovering their value ahead of global sharemarkets.

Should I switch my super to a more conservative option?

Most of us are happy to sit tight with our super. A recent ISA survey found six out of 10 Australians are confident their super will recover over time. The same proportion agree that making changes to super after a downturn is risky.

That still leaves a sizeable minority of people who may be tempted to switch their super out of shares and into more conservative investments. This brings downsides of its own. ISA CEO Bernie Dean pointed out, “A way to lose money in super after a downturn is to make changes that crystallise your losses.” It can also mean missing out on the inevitable market rebound.

→ Related: Can I Withdraw My Super Early To Pay Off Debt?

“It is understandable that people are concerned about the impact coronavirus is having on the economy and their super balance,” said Mr Dean. “But it is important to remember that super is a long term game and the market recovers.”

The bottom line is that the best course of action may be to do nothing at all. Give your super time to heal because as previous downturns have shown markets rebound and even the impact of COVID-19 will be smoothed out over time. 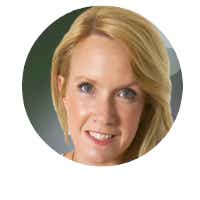 As with all our content, Canstar’s Coronavirus coverage will always be free for our readers.

Coronavirus and the share market: ‘Keep calm and stay the course’ 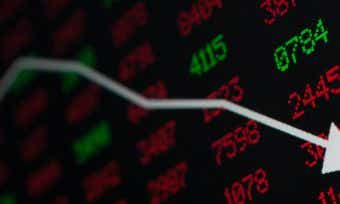 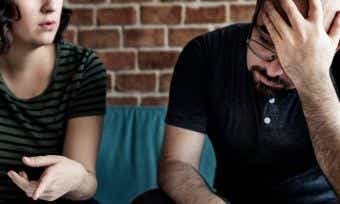