Advertisement
If you have lost your job or are running out of money then accessing your super early may be tempting, but it’s important to understand the potential risks before you take that step. Here are three reasons you may want to think twice.

The outbreak of coronavirus has seen massive numbers of workers lose their jobs around Australia. In a rapidly changing environment, Westpac’s chief economist, Bill Evans, recently predicted the unemployment rate could go as high as 11.1%, potentially doubling the February figure of 5.1%.

Thankfully, the situation is likely to be temporary. Mr Evans believes the employment market will bounce back towards the end of the year, with 350,000 jobs potentially coming on line in the December quarter.

However, that’s not much consolation if you’ve just been laid off and fast running out of personal savings. At times like the present, the Federal Government’s early access to super initiative could offer a financial lifeline.

Under normal conditions, dipping into your super before retirement can only be done under strict conditions. These include compassionate grounds or financial hardship, which typically means you’ve been relying on social security benefits for at least six months.

But these are not normal times. If you’re experiencing financial stress, it’s now possible to withdraw up to $20,000 out of your super through two $10,000 payments: one before 30 June 2020, and another in the three months after 1 July 2020. The draw-downs are tax-free and the money won’t affect social security payments.

The Actuaries Institute estimates 1.35 million Australians could take up the option to withdraw $20,000 from their super, potentially siphoning $25 billion out of the nation’s retirement funds.

That’s a big hit for the super sector, and a spokesperson for Australian Prudential Regulation Authority (APRA), which regulates the super industry, says it is engaging closely with superannuation trustees to monitor how funds are coping.

If you’ve just been laid off, the well-being of your super fund may be the least of your short-term worries. Even so, the decision to dip into your super early is something to think through carefully. It can impact your financial well-being in three key ways – potentially long after the coronavirus outbreak has run its course.

Industry Super Australia (ISA) crunched the numbers to show how withdrawing $20,000 from your super now could impact you later on (see table). As you can see, the younger you are, the greater the potential impact. “Members should only think about cracking open their super after they’ve taken up the extra cash support on offer from the government,” suggested Bernie Dean, Chief Executive of ISA.

Grattan Institute also did some number crunching and its modelling, which used different assumptions, suggested that a 35-year-old who takes the full $20,000 allowed from their super will see their balance at retirement fall by around $58,000. The figure is less than the $66,000 estimated by ISA.

The bottom line is that taking money out of your super will mean less money in retirement unless you play catch up.

2. Your super’s investments may have taken a hit

Chances are, your super is invested in a “balanced” option, with up to 70% of your money invested in shares. This strong weighting in shares reflects the potential for equities to earn decent returns over the long term. However, recent weeks have seen share markets bathed in red ink.

“Taking your super now is like selling a house at the bottom of the market. You’ll lose money you would probably have clawed back overtime,” Mr Dean cautioned.

3. You could lose your life insurance

Accessing your super early could leave you without the protection of personal insurance.

James Hunter of legal firm Slater and Gordon, warns that a lump sum withdrawal from super – combined with regular fund fees and insurance premiums – could push your account balance below $6,000.

This benchmark matters because from 1 April 2020, default cover for life insurance as well as TPD and income protection cover, could be automatically cancelled if you have less than $6,000 in your super account.

“You will need to contact your superannuation fund to ‘opt-in’ and continue being covered. If you do not contact them, you may find yourself uninsured should the worst happen – and you suffer a life-changing injury or illness,” Mr Hunter explained.

If you decide to let your insurance lapse, there are no guarantees you’ll be able to opt back in later on, even if your super savings grow above $6,000. You may need to provide medical details, and your application may be declined by the fund’s insurer.

→ Related: Your money and coronavirus: 10 steps to help protect your finances

Watch out for scammers

If you’ve sized up the situation and decided to withdraw some cash out of super, you need to apply directly to the Tax Office through the myGov portal. You can’t apply to your fund directly.

Cyber crooks are already trying to profit from the situation. The Australian Institute of Superannuation Trustees (AIST) is warning that scammers have begun targeting fund members with offers of assistance to take up the new early release measures.

“Everybody needs to be on their guard if they receive unsolicited calls about their superannuation,” said AIST CEO Eva Scheerlinck. One of the warning signs to look for is that you’re asked to pay a fee to access your super. Ms Scheerlinck points out that when you apply for your super release through MyGov there are no fees involved and there is no need to involve a third party. → Need to know more? These articles may be of interest:

As with all our content, Canstar’s Coronavirus coverage will always be free for our readers.

Coronavirus: Can I Withdraw My Super Early? How long will it take for it to be released? 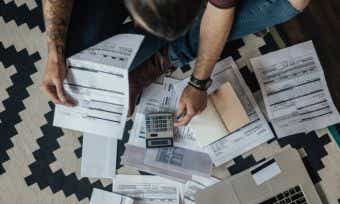 Your money and coronavirus: 10 steps to help you save and protect your finances 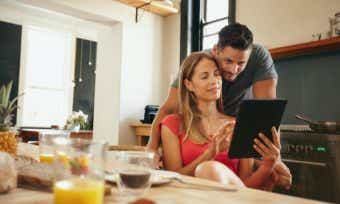 The information in this article is not legal advice, nor is it intended to be used as a substitute for obtaining independent professional advice. Please consult your legal practitioner, professional adviser or the relevant government or statutory authorities before making any decisions.

If you are seeking to replace an existing life insurance policy, you should consider your personal circumstances, including continuing the existing cover until the replacement policy is issued and cover confirmed. Your current policy may have different features to products currently in the market. Please consider what features are right for you when comparing insurance products and refer to the provider for further details on a policy.