Advertisement
With the Australian population aging and life expectancy rising, an increasing number of retirees are spending less of their savings each year than they would receive on the age pension.

Research conducted by Milliman has found more than half of all retired Australians are restricting their spending to less than the age pension would provide, an income so low that up to a third of recipients fall below the poverty line.

The research identified the main reasons behind this frugality, with the fear retirees could run out of their super savings the leading cause. The average life expectancy in Australia indicates most people will on average live for 25 to 30 years post retirement. Coupled with the fact  retirees have only had compulsory super for the later part of their working lives, many are worried they could run out of their savings and be forced to live on the pension or sell their family home.

While the age pension does provide a safety net for retirees, income and assets can reduce the amount you receive, and the complexities of the system can be confusing and distressing for many.

If you’re worried about not having enough super to retire comfortably, there are a few things you can do to help boost it.

How to avoid running out of super

Financial Planning for Retirement Not Being Given Enough Thought 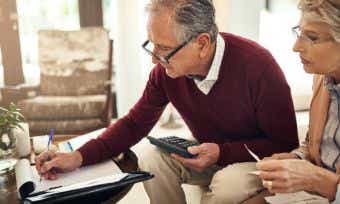