Advertisement
The rules of superannuation vary according to your age – when you were born can impact how much you can make in contributions and when you can access your super.

We will explain how the rules of superannuation vary depending on your age, based on the requirements set out by the Australian Tax Office (ATO). Age generally comes into play during three stages:

For any employees, the normal 9.5% rule applies if:

If you’re over 18 and earn less than this threshold or are under 18 and work less than 30 hours in a week, then you aren’t entitled to any superannuation and your employer does not have to make any contributions. Once you’re above this age and are a regular contributor to the workforce, then you can earn super until the day you retire.

Before and after-tax contributions

Before-tax superannuation contributions such as salary sacrifices are currently limited to $25,000 annually, although there is no age limit on these as of July 2017. From July 2018, workers with less than $500,000 in super can make additional before-tax contributions with the unused portions of their before-tax caps.

Superannuation contributions made after-tax are currently limited to $100,000 a year, or $0 if you have a balance of $1.6 million or higher. Once you reach the age of 65, you can only continue to make voluntary contributions if you work for for at least 40 hours over a 30-day period.

Voluntary contributions cannot be made once you hit 75.

Related Article: How can you boost your Superannuation?

Accessing your super is limited to people above a certain age, which is known as the preservation age. The preservation age is a restriction preventing people from accessing their superannuation until their retirement unless they meet a condition of release.

The preservation age varies depending on when you were born:

You do not immediately have access to your super once you reach the preservation age; you to need to have retired as well. Once you reach age 65 however, you can access your superannuation even if you haven’t retired.

Yes; there are some limited circumstances that allow you to access your super before you reach the required age:

You may also be able to access your super if you are permanently leaving Australia, as a large number of other countries do not have mandatory super schemes.

Some super funds make adding excess contributions easier, while others have shown that they can generate higher returns over the years. To find a fund with the right balance of both, compare your super options with Canstar:

PREVIOUS
Invest Money into Superannuation or Mortgage?
NEXT
Can you access your superannuation before retirement?
Similar Topics: 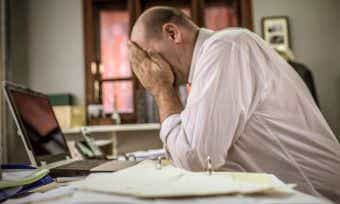