Advertisement
Making lump sum contributions to your superannuation can be an effective way to grow your balance, but the professionals advise there are possible tax implications you should be aware of.

If you come into a large sum of money – whether it’s an inheritance, dividends, or something else entirely – putting some or all of it into your super can prove a prudent option if you’re saving for retirement.

That being said, there are limits on super contributions and you should consider the tax treatment, with different rules applying depending on your situation, such as whether you’re over or under 65.

Individuals of different ages and with different super balances will have different caps on the amount they can contribute after-tax per financial year.  According to the Australian Taxation Office (ATO), non-concessional contributions are usually not subject to contributions tax in the superannuation fund. But if you exceed the non-concessional super contributions cap that applies to you, the ATO advises the tax treatment can be a bit more complex.

The ATO will notify you if you’ve exceeded your contributions cap, and from 1 July, 2017 the process for managing excess contributions has become more streamlined. If you’ve gone over the limit, the ATO indicates that it will assess your information and amend your income tax assessment to include any earnings associated with the excess contribution. You will usually pay tax on your associated earnings at your marginal tax rate. Normal process is that the ATO will request your super fund(s) to release and send amounts to them, and they will use this to settle the tax. If your fund cannot or or will not voluntarily release the payment, or you have no money in super, then according to the ATO you will have to pay the tax bill yourself. While there are some other options outlined by the ATO for managing excess non-concessional contributions, you could end up paying tax on the earnings at 47%, so it’s important to understand all the ins and outs and seek advice if needed.

What are the caps?

According to the ATO, as of 1 July 2017, individuals aged 65 or over but under 75 must meet a work test to make non-concessional contributions and have a flat cap of $100,000 per year, provided they have less than the general transfer balance cap ($1.6 million in 2017–18) in their super fund at the end of 30 June of the previous financial year. For those under 65, a sliding scale is applied based on the size of your super balance, with the maximum cap being $300,000 in total contributions over a three-year period. The following table is based on the 2017-18 rates provided by the ATO.

If you’re eligible for a bring-forward period, according to the ATO that just means that while the cap per year is ostensibly $100,000, you could contribute $300,000 in one year, but make no further contributions over the next two years to remain within the cap.

How do I pay after-tax money into my super account?

Remember that regardless of how much you’re contributing to your super balance, it’s a good idea to make sure you’re with the right fund for your personal circumstances. You can compare funds and find the right one for you with Canstar. 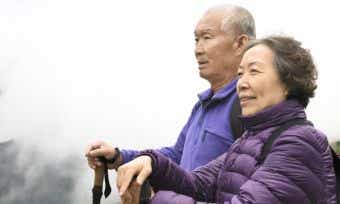 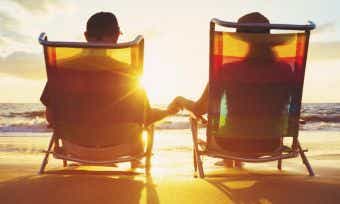