Advertisement
They say good things come to those who wait. If you’ve been with the same employer for a number of years, you could be due some paid long service leave as a reward. But do you also receive super as part of the benefit?

To help you understand what you might be entitled to, let’s look at what long service leave allowances are applicable in different states and territories in Australia, and how super could also apply depending on the situation.

What is long service leave?

Long service leave is a type of employment benefit that applies to eligible people who have been working for the same employer for a period of time. It’s a statutory benefit, which means it must be awarded to anyone who’s entitled to it.

According to the Australian Fair Work Ombudsman, in most cases, long service leave is paid at the employee’s ordinary pay rate, which is the base pay rate for usual hours of work and doesn’t include things like shift loading or overtime.

How much long service leave might I be due?

The table below gives an outline of the long service entitlements that apply in the various states and territories at the time of writing.

Figures sourced from the various state and territory government websites as at January 2019.

The Employment Law Practical Handbook explains that your employment agreement or contract generally sets out the state that covers your employment. This may help clarify which long service leave rules apply in potentially ambiguous situations – for example, where an employee works across multiple states or territories, or is based in a different state or territory to their employer’s headquarters.

The Fair Work Ombudsman says that for some employees, if their employment agreement pre-dates 1 January 2010, their long service leave entitlements may be set out in a federal ‘pre-modern award’, rather than by state or territory law. Consider checking with your employer and your state or territory government if you’re unsure about what long service leave you might be entitled to.

Are there any exceptions to the basic long service leave entitlements?

Long service leave entitlements are generally based on periods of uninterrupted service for a single employer, but there may be exceptions in some situations. For example, employees who have had a break in their employment may still be eligible if the duration of the break was under a certain amount of time. Breaks in employment caused by certain circumstances may also be excluded – for example, breaks due to some instances of industrial action. Any exceptions that might apply are also likely to depend on the state or territory in question.

The Fair Work Ombudsman explains that there may also be situations where employees in certain industries, like coal mining, could keep their long service leave entitlement even if their service is made up of work on different projects for more than a single employer. This is known as ‘portable long service leave’.

In some states or territories, certain employees may also become eligible for a portion (pro-rated) of the full long service leave entitlement before the required minimum service duration is reached. For example, in New South Wales after at least five but less than 10 years of service, employees may be entitled to a pro-rata payout of their accrued long service leave upon the termination of their employment.

Whether an employee builds up long service leave while they’re on parental leave or during other periods of unpaid leave again depends on the state or territory.

According to the Australian Tax Office (ATO), this depends on how the long service leave is taken. If an employee takes their leave entitlement while they are still employed (i.e. they return to work for that employer after their long service leave), then the ATO states the employer must pay super in addition to paying the wages/salary.

Alternatively, if the employee is paid a long service leave entitlement as a lump sum upon the termination of their employment (i.e. they do not return to work for that employer) then they would typically not be entitled to receive super in addition to their long service leave payment.

If you think you’re due long service leave with accompanying super payments, now might be a good time to consider the super fund you’re using and whether it’s still suited to your needs. For example, it could be a good idea to try to ensure the super on any long service payments you receive isn’t eroded by excessive fees. You can compare super funds with Canstar. Be sure to consider any changes to your super fund carefully and seek expert advice if you need it. 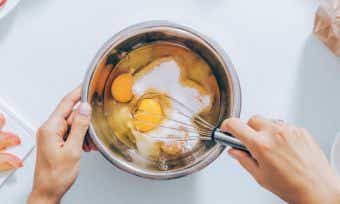 5 Tips For Getting Closer To An Early Retirement