Advertisement
The Productivity Commission handed down its final report on Australia’s $2.7 trillion superannuation industry in January 2019, finding that unneeded and underperforming super accounts are costing members $3.8 billion each year. We’ve rounded up some of the key findings and recommendations from the lengthy 722-page report into a short and simple overview.

What were the Productivity Commission’s key findings?

The report found that a third of super accounts, about 10 million, are unneeded as members already have a primary super fund. According to the report, these ‘unintended multiple accounts’ are costing members almost $1.9 billion a year in excess insurance premiums and $690 million in excess administration fees. Over time, these accounts can leave the typical worker with 6% (or $51,000) less at retirement. The effects were described as ‘regressive’, with younger and lower-income members most affected.

Many retail funds not performing well

According to the report, despite retail funds making up just nine of a group of 29 funds identified as underperforming, over three quarters (77%) of super accounts within these 29 funds are in retail funds. In addition, the report states that retail funds have been ‘systematically outperformed’ by not-for-profit funds.

“Evidence abounds of excessive and unwarranted fees in the super system,” the report said. Australians pay over $30 billion a year in super fees, and this is excluding insurance premiums. The report says that high-fee products are ingrained in the system, mostly in retail funds. Interestingly, the report also found that funds that charge higher fees tend to deliver lower net returns after investment and administration fees are taken into account.

Australian super fees are higher than other countries

Not all members are getting value out of insurance in super

Approximately 12 million Australians have insurance through their super. According to the report, this can provide workers with more affordable insurance than they would be able to get from a stand-alone policy. However, the report also notes that not all members are getting good value from this. For instance, it states that some members end up with their balance eroded by over $50,000 by duplicate or unsuitable policies.

Up to two-thirds of members are put into a default MySuper account when starting a new job.  The report noted that while default super funds are necessary in our compulsory super system, this can create an ‘unlucky lottery’. According to the report, at least 1.6 million of these member accounts are currently held in underperforming products. This can have a big impact on retirement – according to the report, if a worker is placed in a bottom-quartile MySuper fund they will retire with $502,000 less than if they had been placed in a top-quartile one.

What were the Productivity Commission’s super recommendations?

Based on its findings, the report proposed a raft of changes to Australia’s superannuation system. Notably, it recommended that long-term underperforming super funds be ‘weeded out’ and that new employees should be presented with 10 ‘best in show’ super funds to choose from. If all 31 recommendations were implemented, the report said a 55-year-old today could gain $79,000 by retirement and a new worker could retire with an extra $533,000.

Here’s a quick overview of the report’s 31 recommendations: 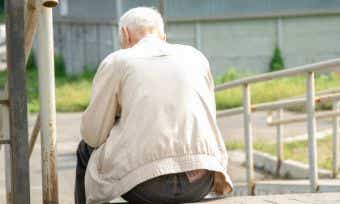