Advertisement
Police have urged Australian consumers to check their super and online share trading accounts for fraudulent activity, following an alleged scam where millions of dollars of retirement savings are believed to have been stolen.

A Melbourne woman is facing court accused of involvement in the alleged scam. It comes after a joint investigation by the Australian Federal Police (AFP) and the Australian Securities and Investments Commission (ASIC).

They claim the woman worked as part of a syndicate which illegally obtained identities and used them to commit online fraud.

The AFP and @asicmedia, as part of the Serious Financial Crime Taskforce, have stopped an alleged cybercrime network we believe stole millions of dollars from the online superannuation and share trading accounts of everyday Australians. Find out more: https://t.co/T95xFHQK3O pic.twitter.com/ejydHHCTWR

The AFP’s Manager of Cyber Crime Operations, acting Commander Chris Goldsmid, said the breaches discovered as part of this case could be traced back to cybercrime offences that impact everyday Australians.

“From identity theft, where innocent victims have their personal details stolen and sold online in dark net marketplaces, to hacking and phishing, this investigation has illustrated the devastating impacts that compromise of your identity can have,” he said.

How much super have Australians lost to scammers?

This is far from the first instance of Australians falling victim to alleged super scams. Australia’s consumer watchdog, the Australian Competition & Consumer Commission (ACCC), identified super scams as a contributing factor to the nearly half a billion dollars lost by Aussies to fraudsters in 2018.

Identity theft was the method of choice for some scammers targeting Australians’ retirement savings in 2018, according to the ACCC’s latest Targeting Scams Report.

When it comes to the scope of the risk, the ACCC warns of serious financial implications if your information falls into the wrong hands. It says that identity thieves could use your personal details to transfer your superannuation, which in some cases can be an individual’s largest asset.

While these numbers currently represent a relatively small portion of the overall losses due to scams that the ACCC reports, the Australian Criminal Intelligence Commission (ACIC) warns that criminal targeting of superannuation could have a significant impact on both individuals and the wider economy as the amount of money Australians have invested in super continues to grow.

It says that sophisticated and well-resourced international organised crime groups are known to actively target the Australian superannuation sector.

How could you lose your super through a scam?

Here are some of the methods criminals have been known to use in order to scam individuals out of their superannuation:

Many superannuation funds these days make use of either security questions or two-step verification (e.g. sending a text to your phone or emailing you with a code) to make their online log-in process more secure. In some cases, fraudsters may be able to use your personal details to game these measures and access your super.

Additionally, some super funds may still send their members physical correspondence containing details like their member number or other pieces of personal information which could be useful to identity thieves. The ACIC reports that “fraudsters may also steal superannuation-related correspondence from mailboxes”, which means letters sent to you by your super fund could be a fraudster’s key to your super.

According to super fund First State Super, scammers may also use a technique known as ‘phishing’ to trick people into providing personal information. It says scammers often do this by sending bogus emails that give the false impression that the email is coming from a legitimate business.

Another kind of super scam cited by the ACIC is investment fraud. This often involves individuals with self-managed super funds being convinced by scammers to invest in non-existent or illegal companies or sectors.

The ACIC specifically points to Trio Capital, which carried out what the Parliamentary Joint Committee on Corporations and Financial Services described as “the largest superannuation fraud in Australian history”, conning Australians out of around $176 million all up. The number of individuals affected was over 6,000, but nearly 700 of them had invested either directly or through a self-managed super fund (SMSF).

According to the ACIC, this is where fraudsters offer consumers access to retirement savings before their legal release age. The victims’ superannuation funds are typically transferred into a self-managed fund and the fraudster can then either access the entire amount, or take a portion of it as a “fee”.

The ACCC also notes that it’s not uncommon for scammers to first gain the trust of their victim by developing a romantic or other type of relationship with them.

Having built up a level of trust, the scammer would convince individuals to either send them small amounts from their super, or even move the entirety of their super balance into the scammer’s SMSF.

What can I do to secure my superannuation against identity theft?

Here are some ways you could help protect your identity and keep your super safe from scams, compiled using advice from ASIC’s MoneySmart and super funds Nationwide Super and First State Super.

Superannuation is something many Australians can’t afford to lose, and while there may not be a way to make yourself completely immune to scammers, following the steps outlined above could reduce the chances of your super account becoming compromised as a result of identity theft.

What can I do if I think I’ve been scammed?

If you think your super has been targeted or have had money taken by a scammer, taking immediate action could help prevent the scam or limit its impact. You should contact your super fund ASAP and ask them to take a look at your account for signs of fraudulent activity. Depending on the situation, ASIC is often the next port of call, as it’s the agency responsible for handling financial and investment scams, including superannuation scams. You can find details on how to lodge a complaint with ASIC here.

Additionally, you can report certain types of scams, including phishing and fake-billing scams, to the ACCC’s Scamwatch.

Additionally, ASIC’s MoneySmart advises that you may want to consider taking the following steps if a scammer has managed to access some of your super money:

And make sure to get support if you need it. Falling victim to a scam can have a serious impact on your mental health and relationships, and both Lifeline and beyondblue may be able to help you. You can call beyondblue’s 24/7 support line on 1300 22 4436, and Lifeline can be contacted via phone 24/7 on 13 11 14. 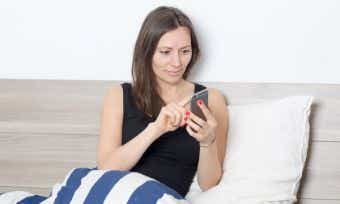 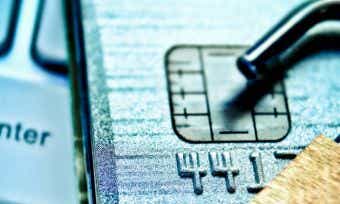 10 Tips To Reduce Your Risk of Credit Card Scams 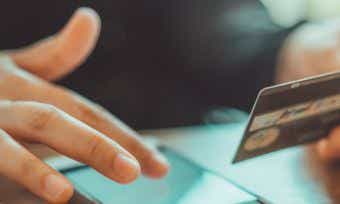