Advertisement
Unlike the rest of your belongings and assets, your will doesn’t govern who your superannuation goes to in the event of your death.

If you don’t specify who you want to receive your super when you pass away, your super fund gets full control in deciding who does. This means that it may be a good idea for you to nominate the individual you want to get your super; but this nomination can be binding or non-binding and it’s important to know the difference.

Who gets my super if I pass away?

As mentioned, while your will dictates who gets what when it comes to your belongings and assets, your super isn’t actually counted as one of your assets due to it being money held in a company/trust. Your will can only direct the giving away of assets that you owned in your sole name, and knowing this is important in order to ensure that your super balance goes to the individual that you want it to.

The main way you can do this is by making either a binding or non-binding nomination of beneficiary to your super fund, so that they can register who you have explicitly requested for your super to go to.

Who can superannuation death benefits be paid to?

Essentially, death benefits must be paid to people who were a ‘dependent’ of the deceased member, and/or the deceased’s legal personal representative. Under the legislation, the term ‘dependent’ can refer to:

Note that even if you’ve made a binding nomination regarding who you want to receive your super, the Trustee is not obligated to act on your nomination if you haven’t chosen a dependent or your legal personal representative. It’s tricky stuff, and between 2016 and 2017 the Superannuation Complaints Tribunal received 366 complaints about death benefit distribution.

What are the different kinds of beneficiary nominations?

If you want to make a nomination, first you’ll need to decided between binding and non-binding – and if you go with a binding nomination, you may need to then decide whether you want it to be lapsing or non-lapsing.

A binding death nomination is a written notice provided to the trustee of your super fund which explicitly nominates a beneficiary for your super benefit in the case of your death. As mentioned, you can choose to nominate either a dependent or a legal personal representative, and a dependent can be a spouse, child, or any other person(s) who could be seen as financially dependent on you at the time of your death.

Some funds also offer the choice between a lapsing and non-lapsing binding nomination: the former must be renewed/reviewed after a certain period (many funds go with three years), whereas the latter is permanent unless you change or review it. However some funds don’t offer this choice, so be sure to check with your specific fund.

A non-binding death nomination is essentially you indicating who you’d like to receive your super, but not taking any action to ensure that the individual you nominate definitely gets your super benefit. It’s more a guideline you provide to your fund that they take into consideration when deciding who to pay your benefit to, but are not obligated to follow if they think there’s someone who’d be a more appropriate recipient.

Before you can nominate someone to receive your super when you die, you’ve got to find the best-value fund for you first! You can compare funds and find the best one for you with Canstar.

PREVIOUS
Can you access your superannuation before retirement?
NEXT
How does the Australian Age Pension work?
Similar Topics: 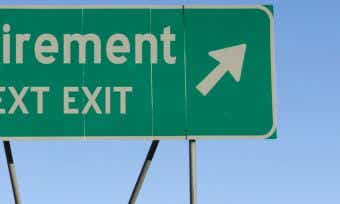 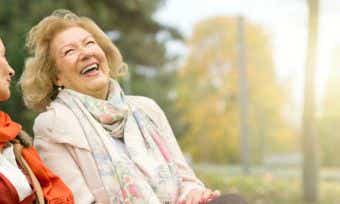