If an employer fails to pay an employee the super they’re owed when it’s due, they may have to pay the

(‘SGC’). Here’s a guide for employers and employees with some information on how it works.

statements relating to super that wasn’t paid correctly and 12,900 employees lodged complaints against their employers.

There are potentially costly penalties involved for an employer that doesn’t pay its employees their correct ‘super guarantee’ – directors of companies can be held personally liable for any unpaid super, for example. So what is the

Firstly, what is the superannuation guarantee?

The super guarantee is a compulsory amount that an employer must pay into an employee’s chosen super fund as part of their employment conditions.

The super rate to be paid is calculated as a percentage of the employee’s ordinary time earnings (‘OTE’). That is, what the employee earns for their ordinary hours of work including commissions, allowances and bonuses but not including overtime payments. Since 1 July 2014, this super rate has been 9.5%.

Generally, the guarantee applies to full-time, part-time and casual employees who are over 18 years and are paid at least $450 (before tax) a month.

In addition to Australian-based employers, the super guarantee must also be paid by Commonwealth authorities such as government departments, tax-exempt organisations such as registered charities, and employers who are not Australian residents but have employees working in Australia.

By when do employers have to pay the super guarantee?

According to the ATO, employers have until 28 days after the end of each quarter to make the super guarantee payment for their employees. If the payment is not made by the due date or not paid into the employee’s nominated super fund, then employers must pay the SGC to the ATO.

What is the Super Guarantee Charge (SGC)?

is what an employer may have to pay to the ATO if they fail to pay the super guarantee to their employee in the correct super fund by the due date.

The ATO advises that the charge consists of three parts:

The shortfall amount will be based on all of the employee’s salary and wages, rather than just their OTE. In contrast to OTE, an employee’s entire salary and wages includes overtime payments and annual leave loading. Therefore, the amount payable under the

shortfall may be more than the basic OTE earnings payable under the super guarantee.

Additionally, the ATO has indicated that, in contrast to super guarantee contributions, which it says are generally tax deductible, an employer paying the SGC will not be able to claim super contributions or any additional costs or penalties as tax deductions.

What steps do employers need to take to pay the SGC?

The SGC scheme is self-assessed, which means employers must themselves report and correct any missed super contributions. Employees may also notify the ATO if they believe their super contributions have not been paid correctly and the ATO may investigate.

It should be noted that a proposed SGC amnesty was introduced to parliament on 24 May 2018. This would have allowed employers to self-correct past super guarantee non-compliance between 1 July 1992 and 31 March 2018 with no liability for administrative fees or other penalties that would normally apply. However, the legislation was not enacted and did not become law when Parliament concluded on 3 April 2019.

How long do employers have to pay the SGC?

The employer must lodge the SGC statement and pay the charge to the ATO by the 28th day of the second month after the end of the quarter.

Once the statement has been lodged and payment collected, the super guarantee shortfall amount and interest will be transferred to the employee’s chosen super fund. The administration fee and any additional penalties will be kept by the ATO.

If the employer thinks they will miss the cut-off date for lodging the SGC statement or paying the charge, they can ask the ATO for an extension.  According to the ATO, an extension request must be made before the due date and must state in writing why it’s needed. The nominal interest will continue to accrue until the statement is lodged. Once lodged, the general interest charge will apply from the time the payment was deferred until the time the SGC is paid in full. The ATO says the general interest charge will be calculated on a daily compounding basis and can be claimed as a tax deduction in the year that it is incurred.

What happens if an employer doesn’t pay the SGC?

The ATO says that if an employer doesn’t work with them to pay SGC debts, it may take actions that can include:

Additionally, if an employer lodges an SGC statement but doesn’t pay the SGC by the due date, the ATO says it will impose a general interest charge which will accrue from the SGC due date to the date the SGC is paid in full. 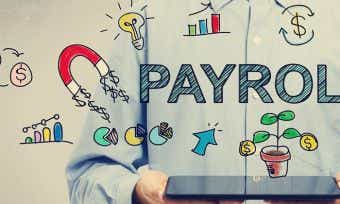