Advertisement
Since the super changes came into effect on 1 July 2017, the ATO claims more Australians can use their concessional contributions cap due to improved flexibility.

As outlined by the Australian Taxation Office (ATO), concessional contributions include:

Since 1 July 2017, eligible people have been able to make concessional contributions of up to $25,000 into their super fund each year.

Am I eligible to make tax-deductible superannuation contributions?

As a result of the changes in law, the ATO states that from 1 July 2017, people aged under 75 may be able to claim a tax deduction on personal super contributions, subject to the annual concessional contributions cap. People aged 65-74 may also be eligible depending on whether they meet the ‘work test’, whereby they must have worked at least 40 hours within 30 consecutive days in a financial year, according to the ATO.

As explained on the MoneySmart website, the ability for most Australians to make the most of their concessional contributions cap and claim a tax deduction comes from the removal of the 10% maximum earnings rule. Prior to July 2017, it was mainly self-employed individuals who could claim a tax deduction for personal contributions to their super if they met certain conditions; one of those being that less than 10% of their income was from salary and wages. But since the removal of the 10% rule, a wider range of people including full-time employees can potentially make tax-deductible super contributions.

According to the ATO, you can usually claim a deduction for personal super contributions made after 1 July 2017 if:

What are the age restrictions?

The ATO stipulates there are two key points to note about age restrictions:

How do I notify my super fund?

The ATO and most super funds provide details of the process you can follow if you wish to claim a tax deduction for personal super contributions. As a general rule, many funds specify you need to provide a notice of intent to your super fund and receive an acknowledgement in writing. As outlined on the ATO website, this should done be on or before the earlier of:

The ATO states you can notify your fund by:

Once you have received acknowledgement from your fund, you can claim your deduction through your tax return. Be aware though, that according to the ATO, once you claim a deduction, your concessional contribution will be taxed at up to 15% within the super fund, and you can’t receive co-contributions for it.

Keep in mind that, as stipulated by the ATO:

What can’t I claim?

The ATO states that you can’t claim deductions for:

Retirement savings will be affected when sweeping changes to super laws come into effect in July. @kochie_online https://t.co/90CYLw1UmG

Will my tax-deductible superannuation contributions be taxed in my super fund?

Generally speaking, the ATO states concessional contributions and tax-deductible super contributions are subject to a maximum of 15% tax in a super fund. This varies, however, for higher earning Australians and lower-income earners, as detailed by the ATO.

With the super changes on 1 July 2017 came a revision to the threshold at which high-income earners pay additional contributions tax, otherwise known as Division 293. The threshold is now $250,000 for annual income – any more earned over that amount would mean 30% tax would be applicable to those individuals.

The ATO states the introduction of the Low Income Superannuation Tax Offset (LISTO) provides a tax refund of up to $500 on super contributions by Australians earning up to $37,000 per year. The Government said the LISTO will provide relief for many low-income earners who were previously paying more tax on their super contributions than on their taxable income.

.@Ross_Greenwood on how changes will give people better opportunity to get more money into super funds. #9Finance https://t.co/dsMRKfSnOS

To learn more about superannuation in Australia, check out Canstar’s roundup of how the new tax changes to super could affect you. 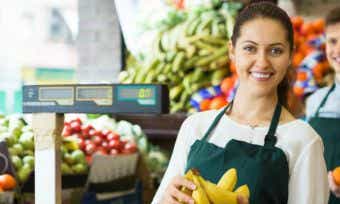