Advertisement
One in three Australian workers aged 60–64 expect to work for another five years, and most are pretty happy about it. According to the FSC-CBA Older Workers Report 2015, 71% of workers aged 50–75 feel optimistic about staying in the workforce.

Sally Loane, CEO of Financial Services Council (FSC), said, “The Intergenerational Report released by the Federal Treasurer earlier this year made it clear that Australians will be living longer than ever. Because of this, retirement at 60 – unless it is due to poor health or caring responsibilities – is beginning to seem redundant.”

Why we’re deciding to work longer: Findings of the report

61% of older workers say they continue to keep working for their financial security, with other respondents stating reasons including personal enjoyment, a sense of accomplishment, and independence.

Interestingly, the report found 65% of older workers are already satisfied they have sufficient funds put aside to retire.

This matches last year’s rates, showing that our finances have stabilised after 2012, when less than 50% were satisfied that they could safely retire. But Nicolette Rubinsztein, General Manager of Retirement at Commonwealth Bank, said older workers stay in the workforce because they would prefer a more comfortable retirement.

It seems increasingly feasible that Australia could adjust to keeping people in the workforce for longer. Employers are becoming more willing to retrain their mature staff for different roles, as they value the advanced skills and life experience that older workers contribute. 61% of older workers had taken advantage of up-skilling training at their workplace. It’s become a common thing, as 12.9% of Australians older than 65 are still in the workforce and that number is expected to rise.

Ms Loane added, “The good news is that age discrimination towards older workers has more than halved to 13% in this year’s survey compared to 28% in 2012.” 41% of respondents said they expect to be paid exactly the same as an employee of any other age.

Flexible working arrangements have enabled many older workers to continue working while creating a healthy work/life balance. 55% of older workers would prefer to work part-time for their remaining work life. Job satisfaction is still our key driver, with 31% of older workers applying for a new job after turning 50.

Many people look at the pension age to decide when they should retire. In Australia, the age pension is available from the Department of Social Services from 67 years old unless you were born in 1953 or earlier. This year’s survey shows that many people are now working until 75 years old, but we’re lucky to live in a country where you might be eligible for a pension if you can’t continue working.

What does this mean for your superannuation?

The benefits of working longer mean more money at retirement. It’s a double benefit – not only are you not accessing your superannuation quite as early, but you’re also putting more into it – a win/win. So what could the potential difference in retirement nest egg be for someone retiring at 70 rather than 65?

That assumes superannuation guarantee payments of 9.50% and no other contributions. Remember, this is just an example. Small changes in the amount you earn, the fees you pay and the investments you hold within your super fund can make a big difference to your retirement funds.

Related Article: Give our retirement planner calculator a try

Australian employers are required by law to pay a portion of your salary or wages into a super fund for you if you are one of their employees, aged over 18 years old or over, and earning $450 or more per month before tax. At minimum, they must pay 9.5% of your ordinary time earnings into your super fund. This money is known as super guarantee contributions or concessional contributions.

If you do not earn much money, you may also be eligible for the government to add to your super with a low-income super contribution (LISC). The LISC and co-contribution are both automatic payments that are made once you lodge your tax return, if you are eligible. 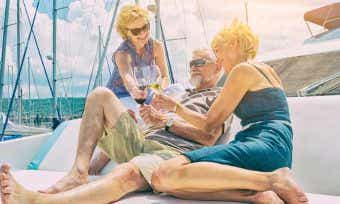 Having Multiple Super Accounts Is Decreasing Your Super 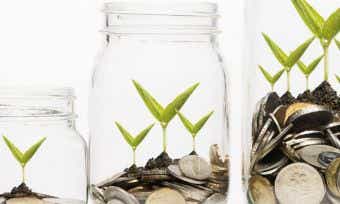 What does all the Superannuation terminology mean?