Advertisement
In a submission to the Inquiry into Economic Security for Women in Retirement, PricewaterhouseCoopers have lobbied the government for major super reforms to make the system fairer for women.

Professional services firm PricewaterhouseCoopers Australia (PwC) has had some big things to say to the government on behalf of women regarding their superannuation.

Their submission to the Federal Government pointed out the massive shortfall in women’s retirement savings relative to men’s and suggested measures to remove “entrenched barriers in the current superannuation system”.

“Women who care for children, who have a moderate disability or have no more than a year 12 education are projected to have less than half the superannuation of someone who has been in full time employment for 40 years,” PwC said.

The major accounting firm pointed out three key reasons for the shortfall in super for women:

PwC made the following recommendations, admitting that while they “do not address the root causes of the disparity, they can make a sizeable difference to women’s post-retirement incomes”:

Make concessional contribution caps applicable across a lifetime, rather than annually

With current concessional caps of $30,000 a year for those under 50 and $35,000 a year for those over 50, PwC said that these are too restrictive – particularly for women on higher incomes. Instead, PwC wants caps to be calculated over a person’s lifetime – based on the level of savings required to provide the average person a comfortable living standard in retirement.

“Having annual limits makes it difficult for some women, once they re-enter the workforce, to make high enough contributions to super to meet their needs for retirement,” PwC said.

There is a current rule which says if your income as an employee is less than 10% of your total income, you can claim a tax deduction for a super contribution. PwC said this rule is an impediment to accessing the concessional cap.

“Many women choose to be self-employed or start their own business when they return to the workforce, in addition to holding part-time paid employment, as it allows flexibility to also continue caring roles. This rule discourages women in this situation to make additional contributions to their super and should be removed,” PwC said.

PwC also suggested that bringing forward the limit to 70 years would allow women more time to make contributions to their super.

PwC recommended that the $300,000 threshold be lowered with regard to the personal individual marginal tax rates, so that the level of tax concession is similar for all income earners.

“The very high upper limit at which this additional tax kicks in means that concessions are as generous for high income earners as they are for middle and low earners, a group in which women are overrepresented,” PwC said.

The low income super contribution scheme (LISC) is an initiative to help people on less than $37,000 a year save for retirement. It provides a refund of the 15 per cent contributions tax for these people when their employer makes concessional super contributions. The scheme, which is due to expire on the 30th of June 2017, equates to around $500 per year in additional super. For the benefit it has for women in particular, PwC wants this scheme retained.

“Women are overrepresented in lower income roles and the scheme provides an important additional source of super for them,” PwC said

Increase incentives for super contributions by a working spouse

There is a current tax offset of up to $540 per year for people that make contributions to a super or retirement account on behalf of their spouse who is earning a low income or not working. PwC wants more people utilising this offset.

“This is a useful mechanism for women who take career breaks, but have a partner that still works, to continue to build their retirement savings. We recommend increasing the quantum of the offset so that there is a greater incentive to help women who are either married or in a de facto relationship to grow their own super,” PwC said.

Don’t make the rate of super different for women

PwC strongly disagreed with proposed suggestions that there should be an increase in the amount of super paid to women by employers, relative to men.

“We believe that such an approach is ill advised for a number of reasons, not the least of which is that it entrenches discrimination,” PwC said.

“It would act as a major disincentive for employers considering hiring women, particularly in small and medium size businesses. This would lead to an even greater disparity in the already uneven participation rate for women. ”

Special consideration needs to be given to single, non-home owning women

In their submission, PwC described the current aged pension as “woefully inadequate in terms of rental assistance.” They pointed out the fact that single women who do not own a home are one of the most disadvantaged groups in terms of retirement security.

“Special consideration needs to be given to the economic needs of women who may find themselves in this situation in the future, and also to the needs of women who are already struggling in such circumstances right now,” PwC said.

Solutions need to address the drivers of inequality, not just the symptoms

Finally, PwC suggested that there needs to be an understanding of the ‘root causes’ of women having lower retirement savings than men.

“Improving the economic security of women – and other disadvantaged groups – in retirement means taking a medium to long term view towards tackling root causes of the inequality such as education, workplace participation and pay, welfare, tax and discrimination policies. These are all important reforms for ensuring not only women’s but Australia’s future prosperity,” PwC said. 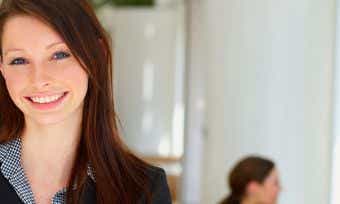 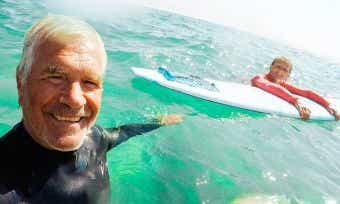 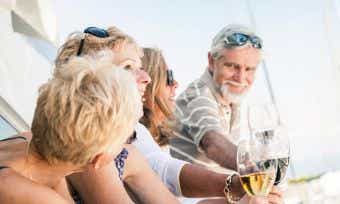