Advertisement
How might the Government help Australian women boost their retirement savings?

What is the gender retirement gap?

At nearly 18%, the gender pay gap has barely changed since the very beginnings of our compulsory superannuation system more than two decades ago. While this is a significant gap in day to day living, the compounding nature of investments means that this gap is magnified many times over by retirement. So much so that, according to one report from the Association of Superannuation Funds of Australia, women are likely to have only half the superannuation balances of men when they reach their 60s.

While there are many influencing factors on pay levels between the sexes, it’s the often disrupted nature of women’s careers as they take time off work to raise a family which compounds the challenges women face when saving for retirement. This means that the retirement dreams for many Australian women are put on hold, sometimes indefinitely.

How might the Government respond to the superannuation pay gap in the 2016-17 Federal Budget?

It’s not surprising therefore that the Government is considering incentives to get mothers back into the workforce.

The Government announced plans to increase the maximum childcare subsidy to $10,000 (up from $7,500) as part of their childcare package last budget. What’s less certain is whether this will go ahead, as this would be paid for with reductions to Family Tax Benefit B, and gradual phasing out of Family Tax Benefit Part A and B Supplements. So far, this doesn’t have the support of the Senate.

Another effective way to get mothers back to work could be the introduction of a tax-offset for secondary income earners. That’s because – as the following example shows – in its current form, for more than one child in childcare, working three days is financially better than five!

Becky has two children under the age of five in childcare and earns $70,000 before tax working full time. Her net income after tax, Medicare levy, childcare costs of $100 per day for 48 weeks, and the child care rebate, is $21,303.
However, Becky decides to reduce her working hours to 3 days per week and look after the kids 2 days a week. Despite working less, her net income after tax and childcare costs rises to $21,563!

Almost every other day a new story emerges on how the Government will tinker with superannuation to reign in its generosity to high income earners. While predictions of the reduction of the concessional contribution cap vary wildly, by some calculations, the Government could save up to $6 billion a year through the reduction of the concessional contributions cap to as low as $11,000 per year.

Ironically, however this may impact the group who need concessional caps to ‘catch up’ on their super the most – that is, mums returning to the workforce.

Whatever changes are proposed in the May 3 budget, there is little doubt that bold economic reform will be necessary eventually. What will be interesting to see is how the Government tries to balance the need for budget savings with the desire for women to significantly boost their retirement savings.

Ling Wang is the Technical Services Manager at financial services company IOOF. She joined the IOOF TechConnect team in September 2015 and has over ten years’ experience in the financial services industry. Ling provides technical support to financial advisers and has a passion for aged care, social security and retirement planning.

How Women Can Close The Super Gender Gap 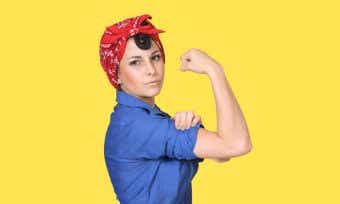 What You Can Do to Close the Gender Pay Gap

Three ways parents can start to close the gender gap