Advertisement
We’ve seen the major parties go head to head on issues like climate change, franking credits and electric cars, but where do the Coalition and Labor stand on superannuation? Buckle up while we break down the main super policies the two parties have announced so far.

Superannuation is back in the spotlight following what some have described as a campaign trail gaffe from Opposition Leader Bill Shorten. When asked recently whether he could rule out “new or increased taxes on superannuation”, Shorten replied that Labor has “no plans” to increase super taxes. He later clarified that he meant Labor has no new proposals other than those announced previously.

Labor’s super policies were actually set out back in 2016, after the Turnbull Government passed a number of super changes through parliament. Should Labor win the election on 18 May, it has promised quite a few reforms to the $2.7 trillion industry, including some that are tax focused and others aimed at closing the gender super gap.

Looking to the Coalition, they have announced fewer new superannuation policies going into the election compared to Labor. This may be because the Coalition already made a number of super changes while in Government, most of which came into effect on 1 July 2017. Additionally, prior to the April 2019 Federal Budget, they did unveil a handful of new super policies aimed at older Australians saving for retirement.

Let’s take a deeper dive into some of the superannuation policies the major parties are promising to introduce if elected.

What is Labor promising on super?

If Labor wins the upcoming election, it says it will lower the threshold to $200,000. Labor says over 96% of taxpayers won’t be affected by this change. Keep in mind though that, according to the ATO, for the purposes of Division 293 tax ‘income’ includes your taxable income, reportable fringe benefits, net investment loss and rental property loss, net amount on which family distribution tax is paid, and super lump sum taxed elements with a zero tax rate.

Under the current law, if you are under 65 you can use the ‘bring-forward rule’ to bring forward three years of non-concessional contributions into one income year. Under Labor’s plans, this means the maximum you could contribute would drop from $300,000 to $225,000.

Labor also plans to scrap tax deductibility for personal super contributions. Since 1 July 2017, employees have been able to claim a tax deduction on their personal contributions – which the ATO explains is where you contribute to your super with your after-tax income – for example, if you transfer funds from a savings account to your super.

This would revert Australians back to the 10% rule. Under this test, the ATO says you could only claim a tax deduction on personal contributions if you earned less than 10% of your income as an employee. This means it was largely self-employed people and freelancers who could claim deductions.

Under the current law, your employer doesn’t have to pay you super while you’re on paid maternity or paternity leave. Labor has promised that super will be paid to mothers and fathers on Paid Parental Leave and Dad and Partner Pay from 1 July 2020.

Labor has also said it will phase out the current super guarantee threshold. Currently, employers don’t have to pay the mandatory super guarantee (9.5% since 1 July 2014) to employees who earn less than $450 a month, before tax. Labor says it will reduce the threshold by $100 increments between 2020 and 2024. Labor estimates that as this change rolls out, 60,000 extra people will become eligible for the super guarantee in 2020-21, increasing to 400,000 people in 2024-25.

To help address the gender super gap, Labor has promised to amend the Sex Discrimination Act 1984 so employers can pay female employees more super if they wish to do so. Labor says it will ask the Australian Human Rights Commission to advise on the most appropriate legislative approach and to develop guidelines for businesses wanting to implement this.

Introduce a right to super

Lastly, Labor says it will introduce a right to superannuation within the National Employment Standards. This will give workers the power to recoup their unpaid super from their employers. Currently, employers who do not pay their workers the right amount of super may be charged by the ATO.

What is the Coalition promising?

Should the Coalition retain power, it says that from 1 July 2020, it will allow people aged 65 to 66 to make voluntary super contributions (concessional and non-concessional) without having to pass the work test. Under the current law, if you are over 65 but under 75, the ATO explains that you must work at least 40 hours over a 30 day period to make voluntary super contributions. Treasurer Josh Frydenberg said about 55,000 Australians between 65 and 66 will benefit from this reform in 2020-21.

PM Scott Morrison said that his spate of tax cuts constitute tax reform, and has re-affirmed his party’s promise to not up taxes in superannuation. https://t.co/kGs81H6ID6

Increase age you can use the bring-forward rule

As previously mentioned, the bring-forward rule allows Australians aged under 65 to make three years worth of non-concessional contributions totaling up to $300,000 in one year. The Coalition has promised to extend this rule to those aged 65 and 66 from 1 July 2020.

Lastly, from 1 July 2020 the Coalition has said it will increase the age limit for making spousal super contributions from 69 to 74 years. Under the current law, people aged 70 and over cannot receive contributions made by another person on their behalf.

What are both parties promising?

Here’s a quick summary of what the major parties have promised so far:

Labor says it will:

The Coalition says it will: 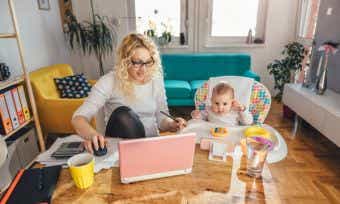 Proposed Super Changes: What Could They Mean For You? 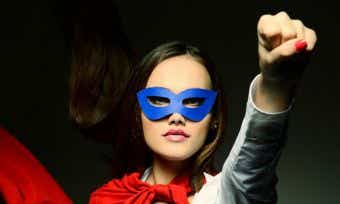