It is the latest blow-up in Australia’s fierce super war between industry and retail super funds.

Industry Super Australia has reported that the big four banks have switched tens of thousands of customers into super funds with lower satisfaction and performance.

The representative body said the banks have done this by ramping up direct advice sales channels which bypass laws that require them to act in customers’ best interests.

These accusations are based on Industry Super Australia’s analysis of new Roy Morgan Research which revealed direct super sales advice from the big four banks had doubled between 2011 and 2015.

This corresponded with a 40 percent increase in the big four bank’s super switching market share.

Chief Executive of Industry Super Australia, David Whiteley said this apparent flow to bank-owned funds is not what they expect in a competitive market with informed customers.

“These findings point to obvious market failure and urgent scrutiny is needed of the direct sales tactics employed by Australia’s banks that sidestep Future of Financial Advice (FoFA) protections,” he said.

“The figures show direct advice is growing quickly and at the expense of traditional channels including financial advisers.

“General advice direct from a bank does not need to meet the best interest obligations and it is likely the banks are using this and linked sales incentives to funnel customers into underperforming funds.”

Mr Whiteley also made calls for the Government to intervene, saying this behaviour from the banks doesn’t match up with the policy imperatives of compulsory superannuation.

This is what Mr Whitely argued for:

“Policy makers have a moral and economic imperative to protect the super savings of millions of Australians from the cross-selling by banks,” he said.

“It is absurd that after nearly three decades of compulsory super, direct sales tactics by banks that leaves people worse off is still a feature of our national savings system.”

In response to the Roy Morgan report, the Financial Services Council (which represents retail super funds) told Fairfax Industry Super Australia should not be afraid of competition.

“No section of the economy, not least the almost $10 billion protected default superannuation market dominated by industry super funds should fear competition.”

On the same day Industry Super Australia published their media release calling out the banks, Sally Loane had an opinion piece published in The Australian calling for the Government to tear down protectionist fences that benefit industry super funds.

The tide must turn in favour of competition in the massive super market. FSC CEO @LoaneSally via @Australian https://t.co/oaTyOZo8ko pic.twitter.com/aUznNGZqPd

In the article, Ms Loane argues Australia’s superannuation system is too important for consumers for it to be “enmeshed in the industrial system”.

“Consumers who have free choice in every other facet of their financial lives should be allowed to choose a super fund on merit, not based on whether a trade union, and the industry fund it owns, has coverage over an industrial award,” she wrote.

“Old-fashioned protectionist fences around super savings — the unions’ “secure funding model” — have no place in a country that rightly takes pride in creating one of the most competitive modern market economies.

“The tide must finally turn in favour of competition in the superannuation market.”

Where to look for an outstanding value super fund

Canstar rates both industry and retail super funds on value, taking into account their fees and features – and both can provide 5-Star value!

Compare super funds based on your age and retirement balance today! 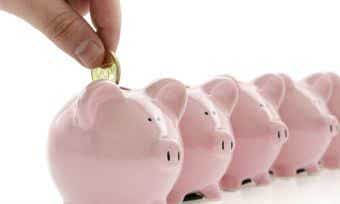 How MySuper Funds performed over the June Quarter 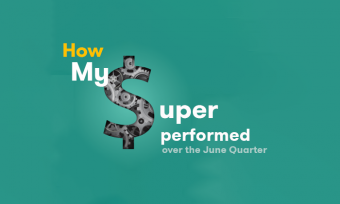