Advertisement
Should students be allowed to access their superannuation in order to pay back a student debt? It’s an idea that was floated in late 2015…

According to Senator Chris Back, Gen Y are currently experiencing heavy demands on their costs – not the least of which, for some, is a Student HECS or HELP debt. So should these former (or current) students be allowed to access their superannuation in order to fund a university education? The following statement was made by Senator Beck in December 2015.

“An associate Mr John Adams, an accountant, who has worked previously for a senator in this place has come up with the concept that a young person between the age of 25 and 40 years of age, perhaps one who never had the opportunity to go to university and now sees the benefits of a university education but perhaps might not be able to afford it or a graduate who has a HECS debt at a time when they are meeting other expenses should be to draw on their super fund to pay down their HECS debt. It would be a win for that person because either they do not have the debt ahead of them or they do not have the repayments each payday, a win for government because the ever-increasing HELP or HECS debt is of concern to us all and to the budget, and a benefit to somebody who might otherwise not have been able to afford or take the step to go to university. We all know, and it is said often enough in this place, that if you have a university degree you will earn a million dollars more in your career than you might otherwise have earned. At retirement, we would expect that person to be better off.

The last essential element of this proposal is that once that person has got themselves over their level of indebtedness and they are in a more comfortable position, they would then be able to repay into their super fund over time the amount of money plus interest that they have taken out. Let’s imagine at 40 years of age, they still have 25 years of earning capacity ahead of them and, say, they have a $50,000 HECS debt. In the final 20 years of working life, they have the chance to put $2,000 a year back in. The original fund is then protected. It is an idea that I think has merit. It is one we are taking through the various processes—the Parliamentary Budget Office—hoping that Treasury will look at it. It is not a proposal that will erode super. It is a proposal that will allow a young person who has accumulated a super fund to use it more effectively at the early stage of their professional life when they need it, on the basis that by the time they retire that original fund will be restored. I do commend that concept.”

According to an ABC report, modelling from the Parliamentary Budget Office shows the idea would save in excess of $500 million over the forward estimates if included in this year’s budget. There is currently $30 billion in outstanding HELP loans.

The Australian Institute of Superannuation Trustees (AIST) has rejected the suggestion that superannuation could be used to pay down Higher Education Loan Program (HELP) debts.

Commenting on the proposal, AIST Executive Manager, Policy and Research, David Haynes, said the purpose of superannuation was to provide retirement income.

“The long term benefit of superannuation is compound interest. Taking money out of super – particularly at a young age – will reduce this and impact on financial security in retirement,” said Mr Haynes. “Removing even small amounts of super will hit retirement income.”

Mr Haynes said that superannuation was not the solution to plugging Budget holes related to student debt.

“Even when the superannuation contribution rate eventually reaches 12%, most young Australians will need every cent of their superannuation to achieve adequate levels of income in retirement.”

“Using superannuation for any purpose other than retirement could see an increased reliance on other Government measures such as the Age Pension,” said Mr Haynes.

The Association of Superannuation Funds Australia (ASFA) has also urged caution regarding the proposal, citing the power of compound interest.

“For someone in their late 20s, each dollar contributed to super will amount to seven more in future dollars at retirement age due to compound interest. It just doesn’t make sense to forgo these future earnings to repay what is essentially an interest-free debt, said Pauline Vamos, CEO, ASFA.

“It also does not make financial sense for an individual to pay off a debt that attracts interest at around 2.5 per cent per year by reducing their superannuation savings which have investment earnings of around 7 per cent a year on average.”

Rounding out the criticism, the National Union of Students has also condemned the recent call by Senator Back, instead calling for greater funding of tertiary education. According to the Union, students across the country are outraged that any member of the current Liberal government would consider this plan as a genuine option instead of increasing funding and investing in higher education. President of The National Union of Students Sinead Colee said “There is no substitute for adequate funding in tertiary education.” 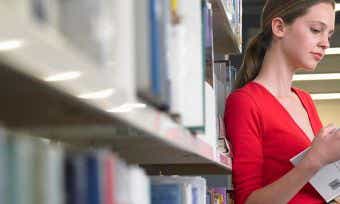 Leaving school? Here are some money things you need to know. 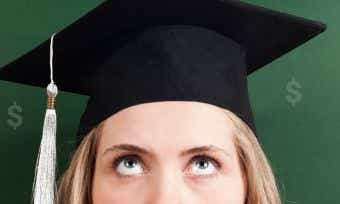 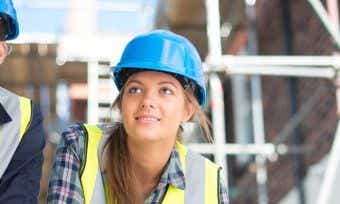