Advertisement
Recent analysis of data from the Australian Taxation Office (ATO) by Industry Superannuation Australia (ISA) found an increase in unpaid superannuation guarantee payments, estimating one in three workers missed out on nearly $2,000 a year in super payments in 2015-16 (collectively $5.9 billion a year, up from $5.6 billion in 2013-14).

As a result, the ISA, women’s groups, Indigenous groups, unions, politicians and researchers are campaigning for a number of changes to the superannuation system.

Here are three of the ISA’s proposed changes:

1. Superannuation to be paid at the same time as wages

Generally, if you are an employee who is 18 or older and earning $450 or more in a calendar month, your employer is required to pay you a superannuation guarantee (SG) of 9.5% on top of your wages every three months.

A key policy the ISA is championing is to have the SG paid fortnightly or monthly at the same time as wages, rather than on a quarterly basis.

What many workers may not realise is that although superannuation payments appear on your fortnightly or monthly payslip, depending on your employer these may not be paid into your account at the same time.  SG contributions are only required to be paid to a complying superannuation fund or retirement savings account on a quarterly basis (by certain due dates).

There are two ways that quarterly SG payments could be negatively impacting some workers:

2. Removal of the wage threshold for SG eligibility

The SG’s current eligibility requirements mean that employers do not have to pay it to workers who earn less than $450 per calendar month.

If you are under 18, or a domestic worker such as a nanny, then as well as meeting this wage threshold, you also need to work for 30 hours or more per week to qualify for the SG.

Some employers feel that the current $450 monthly income eligibility makes it difficult to change to a monthly or fortnightly SG payment. For example, if an employer pays monthly wages on the 15th of each month, they may not be able to determine if someone is eligible for SG contributions only part way through the month.

SG is payable to everyone who meets the eligibility criteria, regardless of whether you are a full-time, part-time or casual employee. There are more intricate rules for contract workers as to whether the SG is payable. Removal of the wage threshold could particularly benefit Australians working in the gig economy, as well as young people and women working in casual/temporary/contract employment.

3. Removal of the salary sacrifice loophole

Currently, if you enter into a salary sacrifice agreement with your employer, it could reduce your take-home SG contributions. This could be done two ways.

Firstly, the total salary that your SG contribution is calculated on could be reduced as salary sacrifice reduces your Ordinary Time Earnings (OTE). According to the ATO, OTE includes things such as commissions, shift loadings and allowances, but not overtime payments.

The other way your contributions could be reduced is if your employer counts the salary sacrificed amount towards the SG. As salary sacrifice arrangements are made by your employer, they could technically count as employer contributions in some cases, although the ATO advises that this can depend on the award or agreement you are working under, meaning it could be worth checking your employment conditions or contacting the Fair Work Commission if you’re unsure about this.

On 14 September 2017, the Federal Government introduced a bill that will seek to stop employers using salary sacrifice to reduce actual SG contributions. This bill is still before Parliament as of the time of writing.

The impact of underpaid superannuation

The ATO’s data showed people who are underpaid superannuation had significantly lower balances, which could indicate that SG underpayment occurred over several years in some cases.

According to the ISA, the people at greatest risk of underpayment of superannuation were those under age 35, those on incomes under $30,000 per year and blue-collar workers (working as machinery operators, labourers or a technician or trade worker).

Tips to take charge of your SG contributions 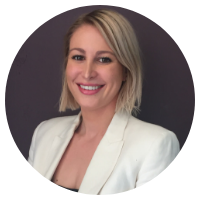 Deline Jacovides is a Certified Financial Planner ® at Aspire Retire, a privately-owned financial planning firm. She has eight years’ experience in financial advice and is passionate about increasing consumer confidence in the Australian financial services sector.

Why Our Super System Is Failing Young People Like Me 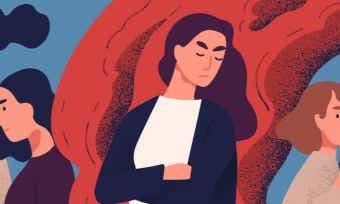 While The Royal Commission Dust Settles, What Can Super Members Do Right Now? 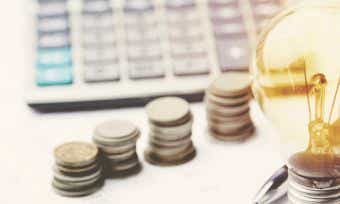