Advertisement
Kids are expensive – and they can also indirectly affect your retirement income!

Children are priceless – but they can also be pricey. For children born in 2016, the estimated cost of their education alone is calculated as:

That’s just the cost of education; there are plenty of other child-related expenses (food, clothes, nappies, housing, childcare, entertainment, lost income for the primary carer…) that are almost unavoidable. And in addition to these direct expenses there is also at least one other cost that we don’t always think about: the superannuation that you might otherwise have received.

A new Colonial First State report (the Power of Closing the Gap) has reiterated a well-known fact that there a significant gender gap in superannuation balances. Across all age groups, according to Colonial First State, the median super balance of females is A$30,000 compared to A$46,000 for males, a super gap of A$16,000 or 35%. And the older a couple is, the greater that gap.

So what does that mean for superannuation?

For workers eligible for super, the current minimum contribution rate that an employer pays is 9.50% of your ordinary time earnings. It might not sound like much, but effectively missing out on that 9.5% of salary, as well as missing out on the earnings that that money would have attracted over the next thirty years between having children and retirement actually does add up to a lot of money.

How much? Canstar has calculated that 5 years out of the workforce from age 30 to 35 could equate to a $341,000 hit to a primary carer’s superannuation account balance, in today’s dollars, by the time they retire. That’s based on starting work at age 21 on a salary of $45,000, with a 2% increase in annual income. Oh, and a super fund earning 7% after tax and receiving the 9.5% employer contribution, increasing to 12% contribution by 2025. Obviously the more that you (or your super fund) earns, the greater the potential hit.

The same principle holds true in reverse, which is why a $300,000 home loan over 30 years at minimum repayments may cost you around $580,000, even at a low interest rate of 5 percent.  For example:

How can you boost your superannuation?

There is no easy answer to the dilemma of how to take unpaid leave without sacrificing future retirement benefit, but a few potential options would be:

A: Lobby the government to pay superannuation contributions for several years of parental leave (this was a suggested policy change during last year’s Senate Inquiry into the Economic Security for Women in Retirement).

B: Make extra contributions into your superannuation fund yourself while you’re on unpaid leave.

Or perhaps just take a deep breath and accept that raising kids is expensive.  Priceless, in fact. 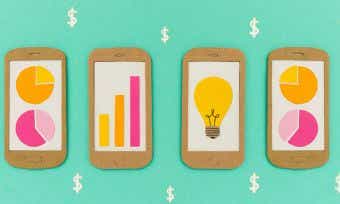