Advertisement
Canstar quizzes Sunsuper on their best tips for women trying to get their super sorted.

Canstar attended Sunsuper‘s recent “What about women’s super?” seminar and it’s certainly got us thinking. What can young, single mums do to build their super? What can recently-single women of any age do to prepare for retirement?

Facing up to hard facts

It’s an undeniable fact: Women typically start well behind the blocks when it comes to the race to retirement.

One of the key examples used in the seminar was that of a 20-year-old woman. She takes a starting salary of $30,000/year, which means taking home $6,925 less per year than the average 20-year-old man.

They both choose a Balanced option for their superannuation and both receive 9.5% p.a. in employer contributions. But since she is officially earning 19% less per annum from day one, her super will naturally be less.

Then she takes a career break to have kids – by choice or not, it doesn’t make a difference – from 35-40 years old. When she comes back to work, she comes back on 75% income as having a parent working part-time is easier for a household with a child in prep.

Statistics show that on average, she will retire 7 years earlier than her male counterpart, at 60 years of age compared to 67. Her super balance is just $160,400, which seems quite slim compared to his balance of $345,300 upon retiring at 67.

A woman ends up on average with 54% less in super than a man.

Let’s get one thing straight – it’s not. Even when you compare apples to apples for a particular job within a particular industry, there can be a gap between what men are paid and what women are paid.

Here’s some data provided by Sunsuper that shows from the regions closest to the Canstar headquarters, to prove the gender pay gap is still a reality:

The basic theories around the gender gap no longer apply.

We used to think that women applied for jobs that paid less – secretaries instead of managers, sales assistants instead of engineers. But that’s no longer true, with more women on average getting a tertiary degree than men, and more women than ever before breaking through the glass ceiling.

No, the hard fact is that in apples-for-apples roles, women are often being paid less than men. The US-based Hired.com says that 66% of the time, men receive higher salary offers than women for the same job title at the same company. We hope that the same does not hold true in Australia…

New data from a comprehensive study in the Oxford Journal shows that when women enter the workforce in a previously male-dominated job, the average wage for that particular job drops. Work is not as valued when women do it, compared to when it’s “a man’s job”.

“It’s not that women are always picking lesser things in terms of skill and importance,” says co-author of the study Paula England of New York University. “It’s just that the employers are deciding to pay it less.”

Political Science Professor Gillian Whitehouse of the University of Queensland says women are more likely to be offered and accept lower pay than men for entry-level graduate positions. Whitehouse says that women assume they will be paid equally, and no one should expect women to “fight” for an equal rate of pay.

“Just because we don’t ask doesn’t mean we shouldn’t be paid equally.”

There are a few jobs where women may be able to earn more than men – at least in the United States – but the gender pay gap still shows up once women exit the “graduate” phase and start applying for mid-career promotions.

Research by the Federal Reserve Bank of New York show that women can out-earn men in social services, treatment therapy, engineering, construction, business analytics, and the sciences – while they’re a graduate aged 22-27. Once a woman is 35-45, the gender advantage disappears and men start once again consistently earning more than their female peers.

This is largely because HR is very involved in recruiting women and under-represented minorities, but when it comes to mid-career promotions, HR is often less involved. So make sure you apply for an annual pay rise, ladies, and don’t be afraid to ask for a promotion.

So what can women do?

We asked Sunsuper for their best tips for two different women – a young, single mother, and an older lady approaching her retirement.

How can a young, single mother, who is paying for childcare so she can keep working, manage to save enough to contribute to her super for her retirement?

In the seminar, we discussed options such as continuing to work part-time in retirement and making regular voluntary contributions, which is certainly sensible. But CANSTAR wants to know – is it realistic to imagine we can bridge the 50% shortfall between men’s and women’s super?

Sunsuper Manager of Adviser Services and Comprehensive Advice, Evan Poole, says, “Single mothers who are working and saving hard to make ends meet are a tough group to help save for retirement given their many competing financial priorities. They are however like most other people, where ‘saving is what happens when our expenses are less than our income’.”

In order to spend less than they earn, a single mum will need to have a “laser-like focus” on prioritising her outgoing costs and considering what to do with any potential savings. They recommended having the following priorities when assessing the savings you generate:

Insurance is essential for single mothers.

Where there is only one income and carer within the relationship – like for single mothers – the need for adequate Income Protection Insurance, and Life Insurance (including Total and Permanent Disability (TPD) and Trauma Insurance) are both a must. These insurances help ensure mum is able to continue paying her bills and her children can continue going to school as usual, if anything unfortunate happened.

How can a woman approaching retirement grow her super balance?

For women approaching retirement, the need for setting and achieving goals is vitally important. Having a clear idea of what sort of retirement you want to lead is a great starting point.

Once you know how you are tracking to achieve this lifestyle, you can then think about the options you have to bridge the gap between what you can afford and what you want to achieve. Strategies such as Transition to Retirement (TTR) can help you to continue building your super before retiring for good. This is a strategy that is always under scrutiny around federal budget time, but while it continues to be available, it provides a great incentive to make additional contributions to your super.

Even if the TTR option is removed, the strategy of making contributions to your super through either before-tax salary sacrifice or after-tax contributions is an important strategy in contributing to your eventual retirement income.

Another major contributor is your investment choice for your superannuation. The first step is to truly understand what your current investment choice is, and then to decide whether this is appropriate for you at this point in your life. Remember, most retirees will need their super to last throughout their retirement for another 20 to 40 years. This means retirees have to be long-term investors, so not holding enough growth assets can have an impact on how long your super savings will last you.

Sunsuper are passionate about women retiring with all the resources they need to live the life they dream of. And since they’re one of the largest super funds in the country, with over $33 billion in funds under management and more than 1 million members, they have the power to do something about it.

On Sunsuper’s website The Dream Project, there is a whole section on Achieving Your Retirement. You can compare how your super balance compares with others your age, and do a quiz to find out how much the basics in life might cost you during your retirement.

You can also see if you’re on the right track for your retirement with resources such as CommBank’s “to do” checklist for people who are 15 years out from retirement.

If you’re a female business owner, consider connecting with Women In Focus, one of Australia’s key networking and learning resources for women in business.

You can get involved in Australia’s superannuation equality campaign by sharing this article with the hashtags #thedreamproject (Sunsuper’s project) and #equalfuture (ANZ’s project). You can spread the message on an international level with the hashtag #letsclosethegap (Hired.com). 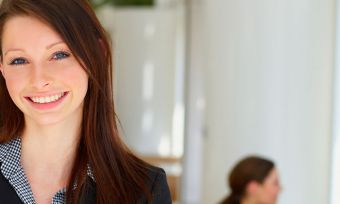 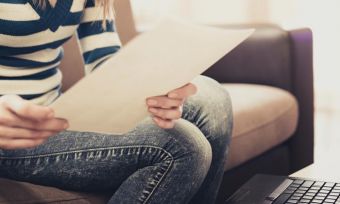 International Woman's Day For Our Politicians 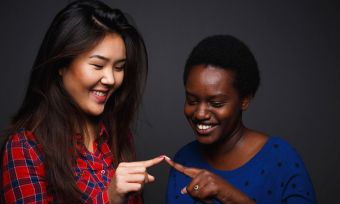