Advertisement
Changes made in the 2015 Federal Budget will benefit the majority of older Australians, while cutting off around 326,000 already wealthy retirees from accessing a part pension.

According to the government’s MoneySmart website, around 65% of older Australians rely on a government pension as their main source of income during their retirement.

In 2015, to be eligible for the Age Pension, you must be at least 65 years old, living in Australia, earn under the income threshold, and hold an amount of assets under the threshold – the assets test.

The old assets test for the Age Pension and other social security payments stated that a couple could own up to $1.15 million in assets, not including their family home, and still receive a part pension. Many felt that this system was unfair, allowing wealthy individuals to “double dip” by investing a huge amount of money outside of their own home and still being eligible for government benefits.

This article will focus on the effect for those on the Age Pension, but the stricter assets test also applies to most other social security payments. Payments affected include the disability support pension, veterans’ pensions, widow pension, carer payments, parenting payments, NewStart, and Youth Allowance and AUSTUDY.

The new assets test will become fully effective in January 2017, and it has several effects:

These changes are being rolled out progressively in stages, so if you want to check whether the changes will affect you before January 2017, it is best to contact the Department of Human Services for more information specific to your situation.

Social Services Minister Scott Morrison said that the government is aiming to create “a more sustainable pension”. The changes are expected to save $2.4 billion in the Federal Budget over 4 years.

Who benefits from the new assets test?

In total, it is estimated that 90% of people on government pensions and allowances will benefit from the new assets test threshold. This includes 170,000 retirees on the Age Pension:

Prime Minister of the time, Tony Abbott, told the ABC, “Ninety per cent of people on a pension or on a pension-related benefit will be no worse off or significantly better off as a result of these changes.”

Mr Abbott stated that the family home “never will” be included in the assets test under a Coalition government.

The Age Pension was originally designed to provide income support to older Australians who really need it – and it appears that for the most part, this is what the new changes will achieve. However, changes may still be needed to protect senior farmers (see below).

Who no longer benefits from a part pension under the new assets test?

High net worth couples with more than $1 million in assets aside from the family home – called “liquid asset millionaires” by former Prime Minister Abbott – used to be eligible for the Age Pension under the old assets test. This will no longer be the case and it is estimated that:

Minister Scott Morrison said the government fully expects that those with assets over the threshold will do what they need to in order to “become fully self-funded retirees”. This may involve selling assets if they found they needed more income during their retirement.

Anyone who is placed in financial difficulty by the changes will receive access to the Commonwealth Health Seniors Card or Health Care Card. Both of these cards provide pensioner-equivalent concessions on medications and medical services.

Unfortunately, as ABC’s Landline reports, the changes to the pension could be a catastrophe for farmers, who also no longer benefit under the new assets test.

Although the farmhouse they live in remains exempt from the assets test, their farm land and crops are no longer exempt. This means thousands of farmers on incomes that are very low and highly unpredictable could find themselves no longer be eligible for an Age Pension if they ever want to turn the tractor off for the day.

The government has attempted to fix this problem in the assets test by allowing farmers to claim the pension for financial hardship with Centrelink – but only if they have lived on their farms for over 20 years and only if the farm is on a single title. This is highly impractical, as the majority of farms in Western Australia especially are sprawled across land that encompasses several titles. Judy Snell from the WA Pastoralists and Graziers Association says her own property is a 6,500 acre farm spread across 12 different titles.

Activist and senior farmer Neil Bartholomaeus has called the current test “fundamentally unfair”. City dwellers whose million-dollar family home is on a block of land with significant improvements can still receive nearly $33,000 per year from the Age Pension under the new assets test, while farmers on a property of similar value will typically receive less than $2,000 per year.

Affected farmers led by Mr Bartholomaeus have set up the seniorfarmers.com website to raise awareness of their plight. They hope to pressure MPs across the nation to create further amendments to the assets test to account for the needs of senior farmers.

Things to consider before the changes take place

Nick Bruining, author of Don’t Panic: Why You Don’t Need $1 Million to Retire Well and finance expert for Channel 7 and The West Australian, advises retirees to do what’s needed to receive a part pension.

He explains, “Most people have no idea how generous our pension system is… Even getting a few dollars [of Age Pension] is worth it because it means you will be eligible for the pension concession card, which means savings of up to $2,500 a year on things like council and water rates and doctors scripts.” 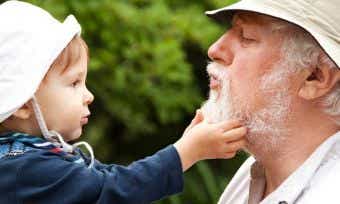 What Is A comfortable Retirement? 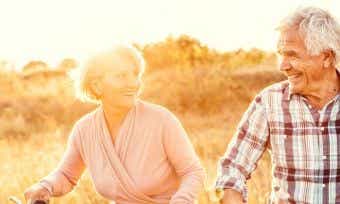