Advertisement
What do the election results mean for super?

With the election result hanging in the balance, doubts have been raised over whether all of the superannuation changes outlined in the May federal budget will happen. Meanwhile, the Coalition is adamant their changes will be pursued.

When questioned on whether the super changes affected the election result, Federal Treasurer Scott Morrison made the following observation on ABC radio:

“The evidence is just not there on superannuation. In the top ten seats affected by the superannuation changes we actually had positive swings to us in half of them and in the seats where we lost in Tasmania or in far western Sydney these were just not issues. I understand that people had some concerns about our changes but the evidence on how people voted on the day doesn’t say it shifted a vote. Now, we will work through the implementation of those changes should we form a government in the next few days.”

Even if Australia does avoid a hung parliament and the Coalition secures the majority in the lower house, this majority will be slim. Also passing bills through the Senate could become even more difficult, with minor parties again holding the balance of power. Whatever the final result, the foreseeable future won’t be easy for the governing party.

So in the midst of this, which super taxation reforms face uncertainty and which should we expect to see?

With their loss of many seats and a large overall swing against them, others have claimed that the unpopular super taxation changes did indeed play a large part in the Coalition’s poor election results.

“Although it was the Coalition Government that felt a backlash from voters in the wake of the Budget measures around superannuation that caused so much public angst, the reality is both the major parties were culpable as Labor included these savings in its fiscal estimates,” Long said.

“What the electorate has rightly discerned is that superannuation is increasingly being seen by all the political parties as a cash cow that can be milked for fiscal reasons.

“However, what we have seen in the election is that many of the people have said ‘enough is enough’, and that there will be an electoral cost if you continue to change the policy settings by which people plan their retirement income strategies.”

With SMSF trustees assuming the responsibility to be financially independent in retirement, Ms Long said all they ask of their elected representatives is to determine the policy settings and then leave the system alone.

“Right now it is a difficult time for trustees with volatile investment markets around the globe the order of the day and interest rates at historical lows.

“To compound these market-related issues they have to continually second guess what the government of the day will do with superannuation policy, especially as it relates to its tax treatment. But after last Saturday, it seems doing so might come at a high political cost.”

SMSF Association CEO Andrea Slattery said the election campaign highlighted the fact that many Australians were unnerved by the changes to superannuation proposed by both major parties.

“Both major political parties were seen as moving the goal posts for ordinary Australians to build their savings to ensure a dignified retirement,” Slattery said.

“This is why it is critical to have a politically bipartisan framework for superannuation that is removed from both the budgetary and political cycles for the long term.”

Since it was announced, the SMSF association has been against the planned reduction in the concessional contributions cap, saying it would be detrimental to encouraging self-sufficiency in retirement.

Ms Slattery said the SMSF Association looks forward to working with all parliamentarians to change or ameliorate the impact of the changes. 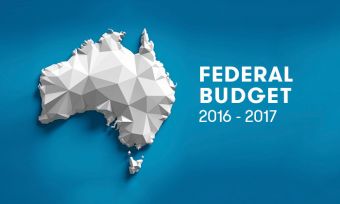