Advertisement
Over the last six months, the financial comfort of the Australian Baby Boomer generation has taken a big hit.

Baby Boomers in Australia are a lot more worried about their finances than they were at the end of 2015, according to an ME Bank report.

Whether this is because of continued share market volatility, the government changes to super or slowing house price growth is up for debate. Regardless, it’s not a good sign for Australia’s economy, with baby boomers owning around 55% of the nation’s private wealth.

This was a much sharper fall than the other generations, with Gen Y falling 2% and Gen X unchanged.

Despite this fall, baby boomers are still above Gen X on the financial comfort index, but Gen Y is the most financially comfortable out of these generations.

Jeff Oughton, ME’s consulting economist and co-author of the report said the findings add to recent policy debates such as changes to superannuation.

Speaking to CANSTAR, Mr Oughton said the main drivers of the lower overall comfort of baby boomers are the falls in their perceived comfort with their income, cash savings and net wealth. This is in spite of rising actual incomes and wealth gains amongst most baby boomers.

“Baby boomers are also more worried than other generations about the impact of legislation and government assistance on their expected financial comfort,” he said.

“As many as 45 percent of baby boomers expect to be worse off from the announcements in the recent Federal Budget.”

Another possible reason for the falls in financial confidence amongst baby boomers is the fact that there was an interest rate cut in May 2016 along with high expectations for further cuts to come 9as we have indeed seen).

A Canstar Blue survey in April 2016 found that only 28 percent of 60-69 year olds (Baby Boomer age) agreed that an interest rate cut would be good for them financially. This figure paled in comparison to 30-39 year olds (66 percent) and 40-49 year olds (61 percent) – suggesting a majority of Baby Boomers actually hope, unsurprisingly, for an interest rate rise to boost their savings accounts.

On the plus side, while the official cash rate fell in August, the Big 4 banks all announced increases to selected term deposit interest rates, particularly in the 1, 2 and 3-year terms. This is no doubt welcome for many cash-preferring retirees as they have increasingly been driven into a wedge of lesser living incomes or higher risk.

Retirees now at greater risk of outliving their super

Mr Oughton also pointed out that retirees reported the lowest levels of comfort on the index since ME’s financial comfort survey began.

This finding goes hand-in-hand with the results of a recent study by the Actuaries Institute which predicts that more Australians will outlive their super.

“This is because, between the ages of 75 and 85, about a fifth of balances are being drawn down at more than 10 per cent of their balances, which is not sustainable for those who live longer than average,” the institute reported.

Despite this, retirees in the ME survey still have the highest financial comfort levels out of all the household life stages.

Also, new figures from the Australian Bureau of Statistics (ABS) have revealed that more retirees are choosing income streams over super lump sums. Income streams may make it easier for a number of retirees to budget throughout their retirement. 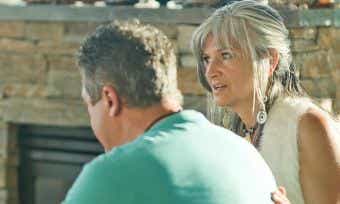 How To Apply For The Age Pension