Advertisement
In August 2015, CEO of BT Financial Group Brad Cooper spoke to the Trans-Tasman Business Circle and advocated for superannuation policy to be handled in the Intergenerational Report (IGR) rather than in the Federal Budget. There are several cogent reasons for this.

While the Budget is released annually and altered by every government in turn, the IGR is published every five years, meaning it is more stable. The IGR also has the advantage of a much longer timeframe of consideration, with a long-term view of 40 years compared to the Budget’s short-term, 4-year view.

The IGR also contains and discusses the main factors affecting superannuation policy. By discussing superannuation within the IGR, policy-makers can look directly at whether the policy they make will be adequate in the long-term. The data in the IGR includes demographic, actuarial and financial information that would help set longevity benchmarks for super policy.

Using the IGR as a framework would make our super policy flexible enough to adjust to our changing population without making adjustments the subject of yearly debate. Changes to super policy are not something that any government or opposition of the day can tackle easily in light of public opinion.

Mr Cooper’s speech specifically outlined three components of superannuation policy that should be a part of the IGR rather than the annual Budget:

Assessment of long-term costs and benefits of superannuation:

Focusing on the annual cost of tax concessions for super creates a distracting debate around tax concessions. This conversation is much easier to hold over the long-term timeframe of the IGR.

Recommendations for the appropriate age to access superannuation & the Age Pension:

Superannuation and the Age Pension should be accessed at a time appropriate to average life expectancy. It is more useful to “recalibrate” that expectancy every five years in the IGR according to new census information.

Recommendation of a maximum allowable balance in the pension phase:

The IGR should produce a super system where people can achieve the target of 65% income replacement in their retirement. The IGR should recommend a cap of a maximum of two times the average weekly earnings (or $2.5m in total), and take into account forecasted changes to the cost of living to protect the 65% benchmark.

Mr Cooper also pointed out that we need to think of new solutions to improve retirement outcomes for groups in our society who have different needs, including Indigenous Australians, women and people with broken working patterns. The superannuation and Age Pension systems were designed to protect vulnerable people in our society from falling on tough times. 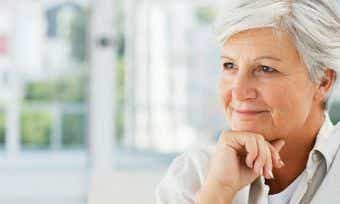