Advertisement
Data from the government shows Australians are dipping into their super funds more than ever to pay for medical treatments.

Of the $290 million of super money that was released last year, three quarters was spent on medical expenses with approximately 15,000 people using their super between July 2016-June 2017 for treatments.

Super regulations allow for early access to super savings under compassionate grounds, like paying for a funeral, renovations to your home to accommodate a disability or medical treatment, however government data shows between July 2016 to June 2017, fertility treatments and weight-loss surgery were the most common reasons.

This is a notable increase from 16 years ago, with only $42 million being released for all compassionate reasons in financial year 2000-2001.

The data shows the number of applications received, applications approved and the amount of money released per person has increased year-on-year with the majority of early withdrawn super spent on medical procedures being spent on bariatric surgery (or lap-band surgery) and in vitro fertilisation (IVF).

Some experts pointed to an increase in medical costs in potentially being responsible for this growth, as well as the rise of companies that specialise in early super access applications. These companies could provide assistance with filing the necessary paperwork, help to speed along applications and connect clients to medical specialists, all in exchange for fees which could reach into the hundreds of dollars.

Consumer groups such as Choice have criticised some companies for not only potentially increasing the number of people seeking early access to super, but also for charging fees to complete an application that can be made for free. They have warned against accessing super early if it can be avoided, as it decreases your retirement savings.

While early release super is used to treat serious medical conditions, the increase in spending on voluntary treatments has also caused some concern within the medical community and the government. The Australian Medical Association argued the rise in the use of super to pay for bariatric surgery shows the public health system is struggling to meet demand. They also recommended people seek independent financial advice before using their super for medical procedures.

Finance Minister Kelly O’Dwyer has ordered a review into the practice, due to report in March.

Is it sufficient to have life insurance through your super fund? 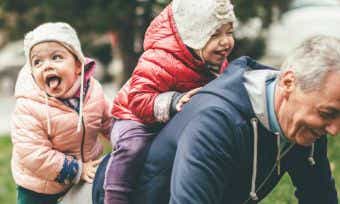 What Does Income Protection Insurance Cost In 2019?