Advertisement
Australia’s superannuation system, totalling $2.6 trillion, is widely acknowledged as a world-leading retirement scheme; the envy of many much larger nations. But, as with many acclaimed entities, it can also be the subject of fake news.

Fact: Over the past two years alone, we’ve seen a 35% increase in the number of Aussies aged 65-69 relying on super as their main source of income in retirement.

There’s no way to fake it, super is delivering. As the reliance on super has increased – with super delivering more self-funded retirees and higher retirement incomes – there has been a decline in the proportion of people relying on the Age Pension.

And retirement outcomes are improving. Over the past two years, the average super balance of those mainly relying on super rose from $407,000 to $470,000, according to the Australian Bureau of Statistics’ Survey of Income and Housing.

Myth 2: Most Aussies have significant assets outside of super

Fact: For more than 90% of households, super and the family home are the main assets that support their living standards in retirement, ABS and Department of Social Services demographic data show.

While some commentators claim that assets outside of super funds, including property and shares, deliver better returns than super, their research is often based on mean rather than median figures.

Why does this matter? The mean looks at the average totals for various types of assets across all Australians and it takes in the enormous wealth of people like James Packer.

As well, only a small minority of the population have wealth in the form of an investment property or shares.

It does not make sense to average out the value of such assets over the population when assessing the adequacy of retirement savings.

On the other hand, the median represents what most Australians hold in the form of savings and wealth.

ABS data – which use a median measurement for a more accurate depiction – reveals that superannuation is the major financial asset of both retiree households and households before retirement.

Fact: Over 10 years, super returns tend to exceed returns outside of super.

While super is not an asset class in itself, the 2017 Russell Investments/ASX Long-term Investing Report illustrates how a diversified, multi-asset strategy can protect investors from one-year changes to returns.

Super also offers opportunities to diversify beyond shares and bonds and into other assets, such as property.

The table below, based on the same report, breaks down the return on investments made within super compared to the same investments directly held by people.

It shows that regardless of whether an individual is at the top or the lowest marginal tax rate, returns via super are equal or better in every single category.

This is due to a number of features that make super the best retirement savings option for almost everyone in our view:

Myth 4: Super is not getting people off the Age Pension

Fact: In 1997, ABS data showed 79% of Aussies aged 65+ were either on the full or part Age Pension. Thanks to super, this has already dropped to 70%, with ASFA projections indicating that this will fall further to 60% or less over the next 40 years.

Why? Because super balances continue to increase, reinforced by a tighter asset test for the Age pension, amid the trend for people to remain in work past the age of 65.

Myth 5: Public spending on the Age Pension is a growing concern

Fact: Growing super balances offset the impact of an ageing population, and the Treasury and OECD predict Age Pension payments as a proportion of gross domestic product (GDP) will not increase over the next 40 years.

The public spending on the Age Pension has remained largely unchanged at around 2.6% of GDP.

This is despite Australia’s ageing population structure, and despite increases in the real level of Age Pension payments.

Without super, expenditure on the Age Pension would rise to around 3.3% of GDP. Equally promising is the projection that ratio of full versus part pensions – currently 60:40 – will flip over the next 40 years to 40:60. 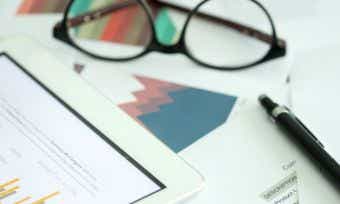 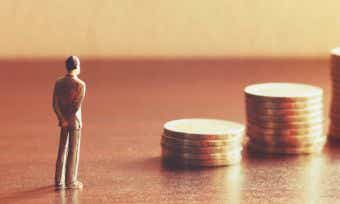