Advertisement
This year’s Federal Budget is set to be unveiled on Tuesday, 8 May – here’s a rundown of everything we’ve been told it’s likely to contain so far.

Housing affordability and the banks were two of the main focusses in last year’s budget – infrastructure and tax (both individual and corporate) look to be the centrepieces of this year’s budget, with the ABC predicting “infrastructure projects will be the big ticket items” in the forthcoming budget. Cuts to both individual and corporate tax have been on the Government’s agenda for some time now, and will presumably feature in the budget.

Something interesting to note is that according to Government sources, this year’s budget was “largely ticked off” as of early April – Prime Minster, Malcolm Turnbull, and Treasurer, Scott Morrison, were reportedly “largely on the same page with just about everything” according to one Government official speaking to The Australian. This represents a markedly different state of affairs compared to this time last year, which saw a great deal of disagreement on key budget measures between Government ministers.

The general consensus on Australia’s current budget position is it’s better than expected, but that’s more due to luck (specifically jumps in commodity prices and higher corporate profits resulting in more tax being paid) than actual fiscal policy. Because there’s roughly $7.2 billion more in pocket than expected, the Government feels that it is in a position to be generous with the forthcoming budget – and while some commentators have argued it may be better for it to continue with fiscal cautiousness and put the extra funds towards the deficit, Scott Morrison has confirmed the budget will contain income tax cuts.

But with all that noted, let’s get into the full list of everything forecast so far for inclusion in this year’s Federal Budget.

As mentioned, Scott Morrison has put an end to speculation by confirming this year’s federal budget will feature tax relief for “middle to lower income Australians”. However, he stressed the cuts will be both “affordable and responsible” as to not derail either the Government’s AAA credit rating or its plans to return to a surplus by 2020-21. The Treasurer also made it clear the tax cuts are, first and foremost, a response to bracket creep that would have seen taxpayers pay 2-3.5% more in tax over the next four years, along with sluggish wage growth. The cuts will be phased in over a 10-year period and be reasonably back-loaded, meaning there may not be an immediate tangible benefit for the average taxpayer – but the Treasurer is confident that the changes will slowly but surely ease the tax burden for those earning less than $87,000 or less a year.

The Government will also scrap the previously announced 0.5% increase to the Medicare levy, which would have been paid by Australians earning more than $21,665 – the increase looked unlikely to secure Senate support, but was ostensibly intended to source funding for the National Disability Insurance Scheme (NDIS). Morrison has since said the aforementioned excess tax revenue has ensured the NDIS is funded for the “next 10 years and beyond”, but some are skeptical, saying increasing NDIS spending will outpace any increases to government revenue.

We no longer need to increase the Medicare Levy. The Turnbull Government is guaranteeing full funding of the National Disability Insurance Scheme through a stronger economy and by ensuring the government lives within its means. #auspol pic.twitter.com/c818YBeBYV

One thing the Government hasn’t dumped is its proposed cut to the corporate tax rate, from 30% to 25%. Crossbench support for the policy continues to elude the Government, but both the PM and Treasurer confirmed the cuts will remain part of the budget, and they will continue trying to gain support for the measure.

Also announced recently was a $3.2 billion funding commitment for Western Australia, which includes $500 million for the proposed Ellenbrook train line, and $189 million for hospital infrastructure in the state. Approximately $1.75 billion will go to towards building the North East Link along with various tunnels and extra lanes on the Eastern Freeway.

Also announced was an extra $84 million for the Royal Flying Doctor Service supporting a mental health outreach clinic program for rural areas. It will make for a total of $327 million in funding over the course of four years,  to ensure that rural areas get access to ambulance, dental, and mental health care which they would otherwise not receive.

Malcolm Turnbull has also revealed a $70 million commitment to the Pawsey Supercomputing Centre to fund a new generation of supercomputers for the centre. The Prime Minister said the funding “will help a world-class facility become a world-leading one”.

Queensland will receive $150 million to upgrade the Bruce Highway and $1 billion to improve the M1 between Brisbane and the Gold Coast.

No changes to super

Half a billion dollars for the Great Barrier Reef

The Government announced it will earmark half a billion dollars to be used to safeguard the Great Barrier Reef against climate change and pollution. This will represent the largest single piece of environmental protection-related expenditure in Australian history.

Yesterday's record-breaking $500m investment by the @TurnbullMalcolm Govt in the #GBR is an investment not only in the future of the #Reef, but also in jobs & our economy. It reinforces the environmental, economic, social & cultural importance of the Reef: https://t.co/lcBrrZHwnv pic.twitter.com/L3mTvZpwai

There have been reports the Government is planning to cut $400 million (about 10%) from the country’s foreign aid budget – continuing a trend of cuts to foreign aid, which has been ongoing since around 2013.

Nothing has been confirmed, but a Fairfax report claims the Department of Foreign Affairs and Trade is modelling several strategies for making the cuts; one of which involves austere cuts in aid to certain Asian nations the Government considers have reached “middle-income status”. Another option the government is reportedly considering is cutting aid entirely in one particular sector, such as health.

Both the Treasurer and Finance Minister have refused to confirm or deny the budget will contain further cuts to foreign aid.

$65 million will go towards establishing a new agency intended to handle and facilitate access to government data.

The National Data Commissioner will work with the Australian Privacy Commissioner, and is the brainchild of Minister for Human Services and Minister Assisting the Prime Minister for Digital Transformation, Michael Keenan.

Mr Keenan has previously voiced opposition to what he sees as a large amount of red tape surrounding privacy and data access, which he says leads to public servants denying requests for access to data by default.

“Public servants don’t understand it and as a result their answer is generally no, even to sharing data that is not sensitive, that could be easily shared,” he told SBS.

“We need to cut through all of that.”

"A new National Data Advisory
Council will advise the National Data
Commissioner on ethical data use,
technical best practice, and industry and international developments." Who is on this council will be critically important. #tljr

$50 million for our very own NASA

A budget announcement exciting certain sectors of the Australian tech and science communities is the news that $50 million in “seed funding” will be committed for the creation of an Australian space agency. It will bring all of Australia’s aeronautical endeavours under one agency, and is anticipated to create thousands of future jobs.

Western Australia, South Australia, the Northern Territory and the ACT have all expressed interest in being home to the agency, which the Government expects to mostly be funded by the private sector.

The budget will reportedly contain funding aimed at allowing a larger number of older Australians to receive care in their home instead of having to move to a nursing home. According to the ABC there is a waiting list of more than 100,000 older Australians for aged care packages providing funding for at-home services – and 60,000 have reportedly been approved for funding but received none as of yet.

According to Aged Care Minister, Ken Wyatt, making sure those who require home care are receiving it is an “absolute priority”. 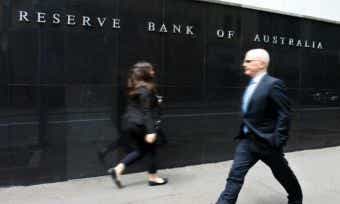 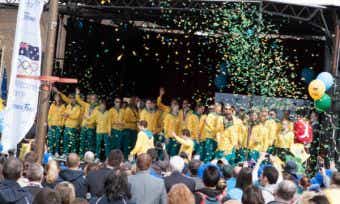 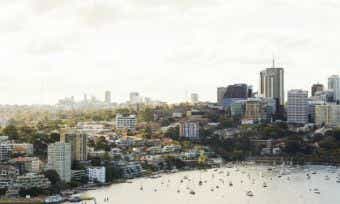